The board of directors of Rohr Industries, Inc., Chula Vista, Calif.

92012, has approved a restructuring of the company's management, resulting in the appointment of Jerome J. Filiciotto as executive vice president-operations, reporting to Fred W. Garry, chairman, chief executive and president.

Mr. Filiciotto, formerly senior vice president-aerospace and marine systems, will also assume a new position as president of Rohr Aerospace, and is a member of the board of directors.

In a separate board action, Joseph M. Walsh, executive vice president-administration, was elected to membership on Rohr's board of directors. Mr. Walsh, who reports to Mr. Garry, joined the company last month and has senior management responsibility for Rohr's staff functions, which include finance, legal, industrial relations, and public and governmental relations. 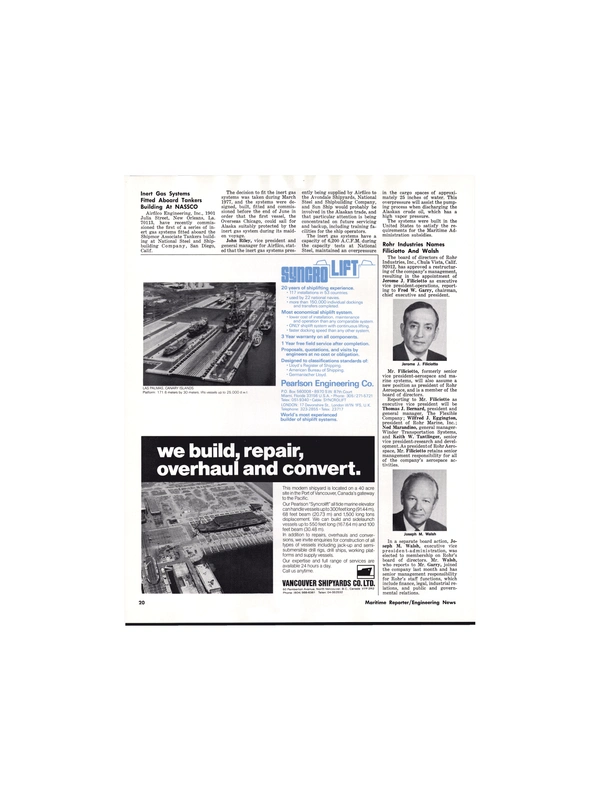