The appointment of Karl B.

Eckhardt as vice president and general manager of the Atlantic Division of Prudential Lines was announced by Spyros S. Skouras, president.

Working from Prudential Lines headquarters at One World Trade Center, New York, N.Y. 10048, Mr. Eckhardt will be responsible for all company operations and activities in the Atlantic Division.

Mr. Eckhardt, who joined Prudential in July 1972, was general manager for Latin America in the company's Pacific Division. Before that, he served as director of sales, marketing manager, and manager of container services for the Pacific Division.

A graduate of the California Maritime Academy, Mr. Eckhardt sailed as deck officer for a number of years with U.S.-flag ships, and served as operations manager for Columbia Steamship in Portland, Ore. 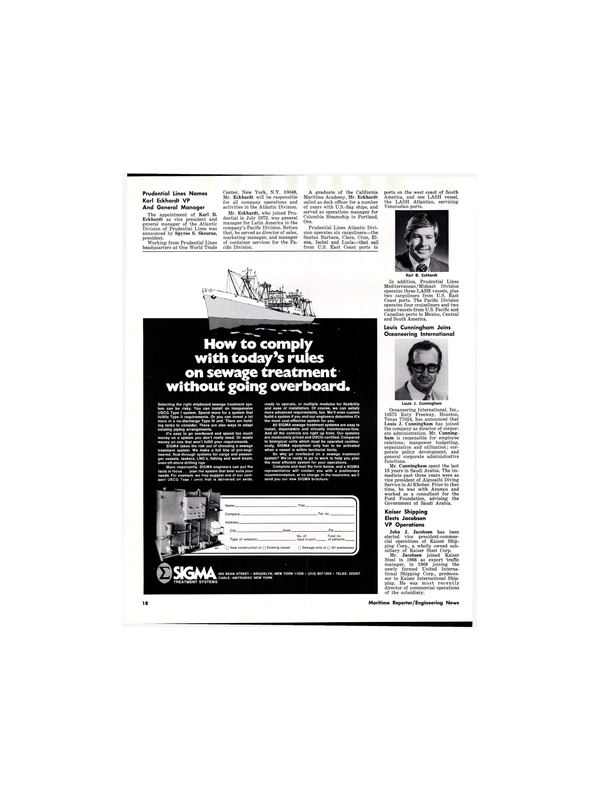