A joint venture agreement to develop a new class of Surface Effect Ships for the marine industry has been announced by Bell Aerospace Textron and Halter Marine Services, Inc.

The venture, known as Bell- Halter and based at New Orleans (Post Office Box 29211, New Orleans, La. 70189), has started work toward designing and building a prototype high-speed SES.

"These vessels also offer dramatically improved ride qualities and substantial fuel savings. This performance is obtained by the application of air cushion technology which has been pioneered in the United States by Bell," said Mr. Kelly.

The venture combines Bell's technical know-how with Halter's 20 years of experience as builder of boats. Halter owns and operates eight shipyards in Louisiana and Mississippi and is the world's largest builder of support vessels for the offshore oil and gas industry.

Since its founding in 1956, the company has built over 700 vessels for diversified use throughout the world, and many of its designs have become standards by which others are judged.

Specifications of the first Bell- Halter SES have been established.

A pioneering aviation and aerospace company since its founding in 1935, Bell Aerospace Textron, based in Buffalo, N.Y., entered the air cushion vehicle field in 1958 by designing and building a one-ton research vehicle powered by a 65-horsepower automobile engine.

Over the years, Bell has built a technological base that is presently being applied to the U.S.

Operating on St. Andrew Bay, the 100-ton test craft made the speed run while being monitored by the Naval Coastal Systems Laboratory's precise electronic instruments.

In 1976, Bell delivered to the U.S. Army two pre-production LACV-30s for a test and evaluation program. The craft are designed to haul cargo, containers and vehicles from ship-to-shore and inland.

The LACV-30s are stretched and modified versions of the Bell Aerospace Canada Voyageur ACV.

They were developed and built under contract to the U.S. Army's Mobility Engineering Research and Development Command, Fort Belvoir, Va.

In all technical areas, Bell has established a predominant position through its technical interchange agreement with British Hovercraft Corporation and by SEV / ACV-oriented independent research and development programs.

Halter pioneered and perfected the use of l i g h t w e i g h t , highstrength, low-alloy steel in ship construction, and its own research and development staff developed, built, and is testing the first turbine/ diesel and waterjet-powered crewboat.

Halter's entrepreneurial spirit is further exemplified by a revolutionary new grain / commodity offloading system under development now, which will offer its owners and operators increased efficiency and economy. 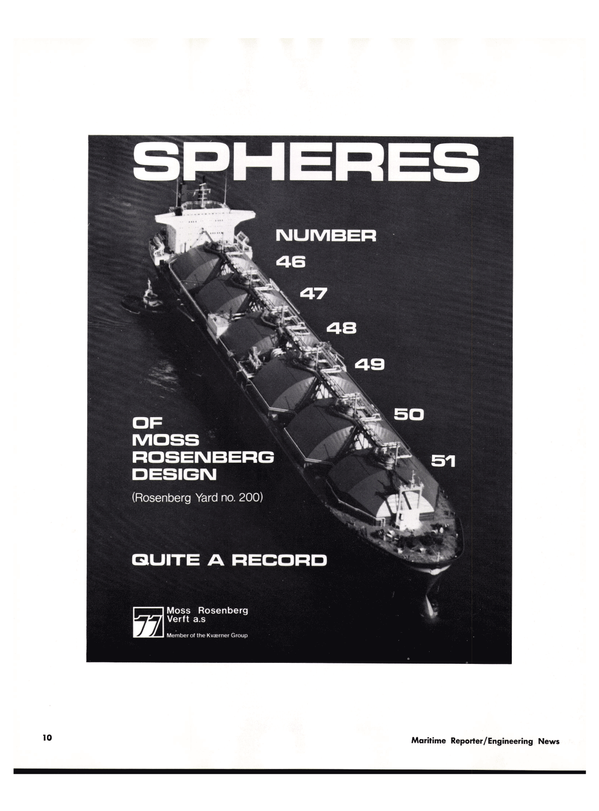