IMODCO, pioneer company in the development of offshore single- point mooring (SPM) terminals, announces the formation of a regional marketing office in Houston, Texas. The facility is located at 2300 West Loop South, Suite 290, in the Litwin Building.

Michael D. Jackson has been appointed to the position of regional manager of marketing, southern United States, and will direct the efforts of this office toward providing local attention to the increasing number of inquiries from this and other areas of the Gulf Coast concerning single- point mooring systems.

According to Alfred W. Allchorn, senior vice president of marketing, the increasing development of offshore petroleum and the subsequent escalation in requirements for SPM systems to provide petroleum storage and transfer facilities requires on-thespot representation.

A native Texan, Mr. Jackson is well acquainted with the marine and offshore industry. He has most recently been associated with ETA Engineers, Inc., Houston, as project coordinator, and with Marathon Marine Engineering Co., Houston, as marine engineer.

Earlier, he served in the Marine Department of Texaco Oil Corporation.

Mr. Jackson attended Texas A & M University during 1968-69, and later received Congressional appointment to the United States Merchant Marine Academy, Kings Point, N.Y., where he was graduated in 1973. He also performed postgraduate studies in engineering at the University of Houston, and has been a lecturer/instructor in naval architecture at Texas A & M University Maritime Academy, Galveston, Texas, since 1975.

IMODCO, a division of Amtel, Inc., has been a pioneer in the single-point mooring terminal field since 1958, having constructed and installed more than 60 terminals around the world. With its world headquarters located in Los Angeles, Calif., IMODCO also maintains a London, England, office to serve the European and Middle East area. 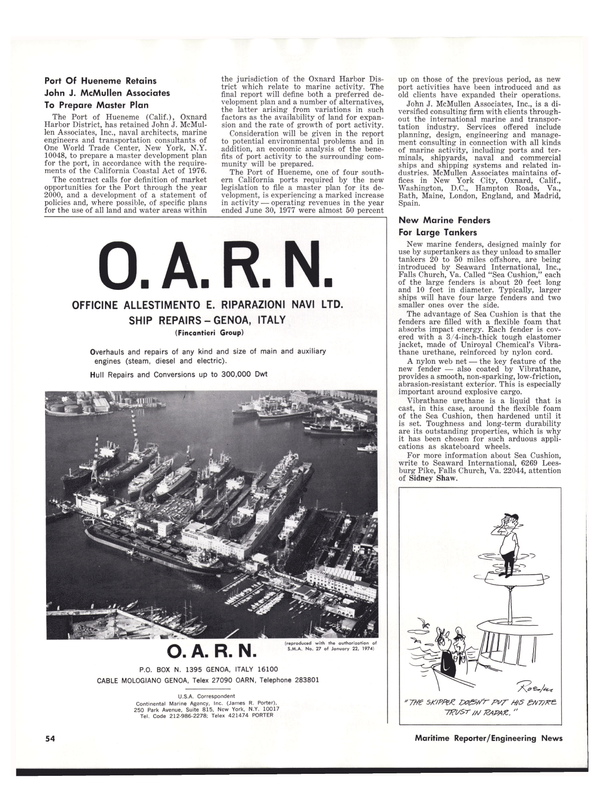