Two identical oceanographic research ships ordered by the National Science Foundation (NSF) will be constructed by Atlantic Marine, Inc. of Fort George Island, Ga., at a total cost of $5,- 900,000. Building of both vessels at the same time is expected to effect a saving of about $250,000.

Although owned by the NSF, the vessels will be operated under contract by Duke University and by the University of Miami's Rosenstiel School of Marine and Atmospheric Science. Scheduling and use of the new ships will be coordinated by these institutions in cooperation with other East and Gulf Coast oceanographic institutions.

The 250-gt ships will be 135 feet long with a beam of 32 feet and full-load draft of 9 feet. Twin controllable-pitch propellers driven by 565-bhp diesel engines will provide a sustained sea speed of 12.5 knots. Each vessel will have accommodations f o r a c r ew of nine and for 12 scientists.

The ships' design was developed by a consortium of oceanographic institutions led by James Gibbons, operations manager of the UofM's R o s e n s t i e l School, working with the naval architecture firm of R.F. Matzer and Associates of Jacksonville, Fla. Mr.

Gibbons will also o v e r s e e construction of the vessels under a subcontract with Atlantic Marine.

The nation's academic f l e et now incudes 26 vessels operated by 15 research laboratories. The ships are used by scientists at these and other academic institutions to carry out research projects funded by the NSF and other federal, state, and local agencies. 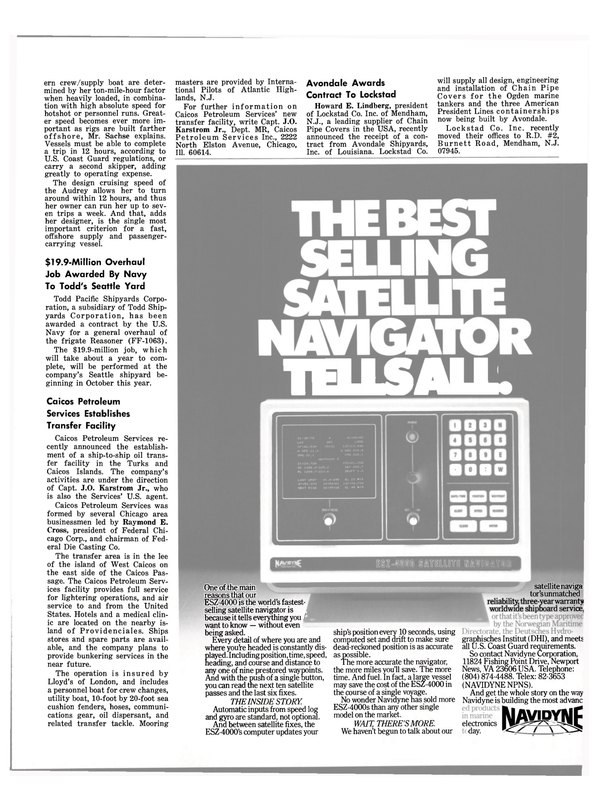