Renewed interest in coal and other non-petroleum f u e l s has prompted Skinner Engine Company to offer Bulletin STE-677 on its multi-cylinder Universal Unaflow® Steam Engine. The company has been a pioneer in design and construction of steam engines since 1868.

Skinner steam engines powered thousands of ships in the first half of this century, and there is active interest in returning to this form of propulsion.

The bulletin details the features which make the "Universal Unaflow" a dependable, low-maintenance method of g e n e r a t i ng e l e c t r i c i t y , driving compressors and pumps, refrigeration and airconditioning and other equipment.

For free literature containing details on steam engines from 300 to 3,000 horsepower, write to C. 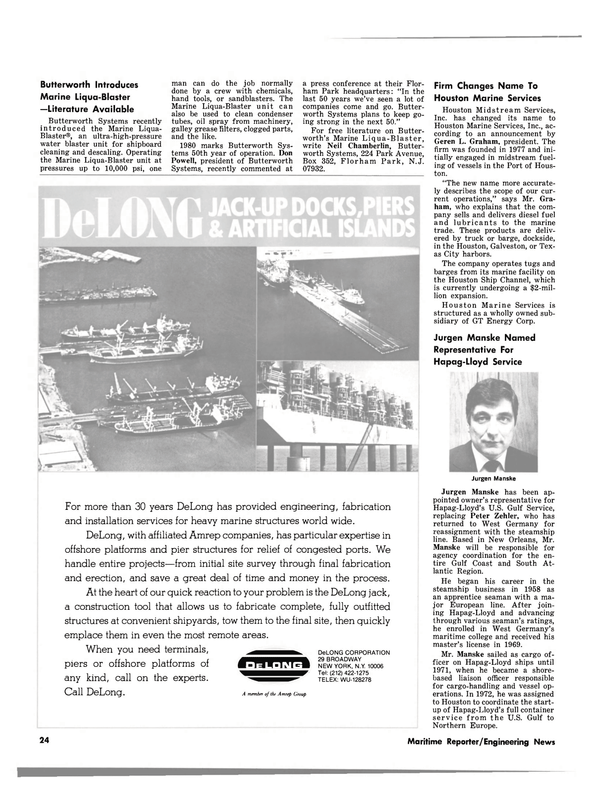