Built in Houma, La., by Quality Shipyards, Inc., a Gulf Fleet company, the new boat was designed from the keel up as a fireboat and towing/supply vessel for service with the offshore petroleum industry.

She is classed by the American Bureau of Shipping A-l (AMS) All Oceans, Towing.

Clear deck space is 105 feet by 32 feet, and maximum deck cargo is about 550 tons. The two main engines are General Motors EMD units that develop a total of 3,900 bhp. They drive twin Avondale propellers through Reintjes reduction gears to provide a speed of 13 knots.

Gulf Fleet No. 40 incorporates a special fire-fighting system developed by Gulf Fleet, which meets the requirements of Det norske Veritas for height and distance or water stream throw. The system is capable of projecting 10,000 gallons of water per minute 400 feet through four 6-inch nozzles.

At the introduction ceremonies, Gulf Fleet Marine president Dick Currence said that the new boat represents a dual achievement for the company. "First, it marks the 100th vessel to join our fleet.

That's a significant goal towards which we've been building for many years. Second, the technology we have built into this fireboat represents a breakthrough in the design of offshore fire-fighting and service equipment. It's one of the most powerful boats of its type available anywhere in the world today, and we're proud to add it to our fleet." The Gulf Fleet No. 40, a U.S.- flag vessel, will be owned and operated by Gulf Fleet Marine, and will be chartered ultimately to Gulf of Suez Petroleum Company, a joint venture of Egyptian General Petroleum Company and Amoco (Standard Oil of Indiana). 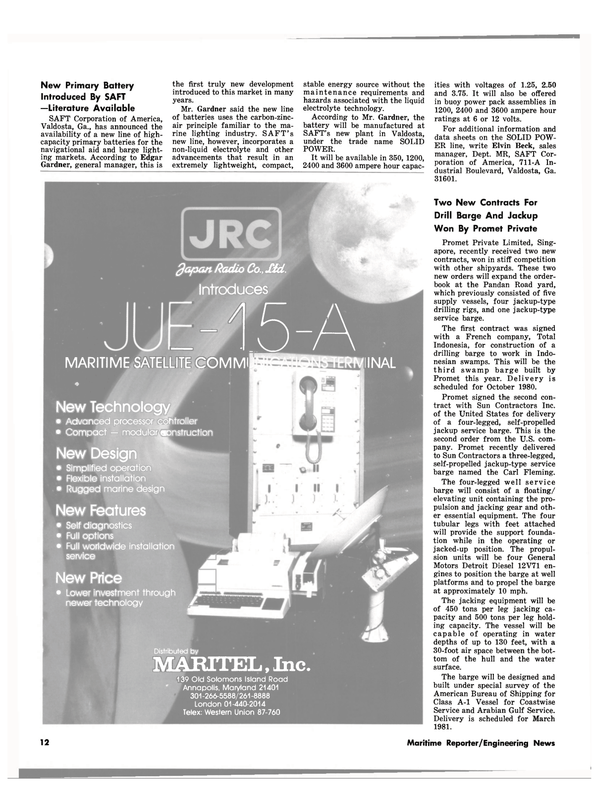