Other than the operations building, Conrad's expansion and renovation project included the paving of the entire yard, situated along 450 feet of riverfront. The totally paved yard, according to Mr. Court, eliminates mud and contributes to the company's commitment in developing "techniques, procedures, and accurate, swift, s t r e a m l i n e d methods of building barges with remarkable cost efficiency." As an example, Mr. Court pointed out, the company is geared with both personnel and equipment to build a deck barge 120 by 30 by 7 in a two-week period.

Two of the key production personnel have been with the founder since the company began; joining Mr. Conrad at the time he purchased the company was J.C. Ratcliff, now yard superintendent, and L.J. Vicknair Jr., purchasing agent. 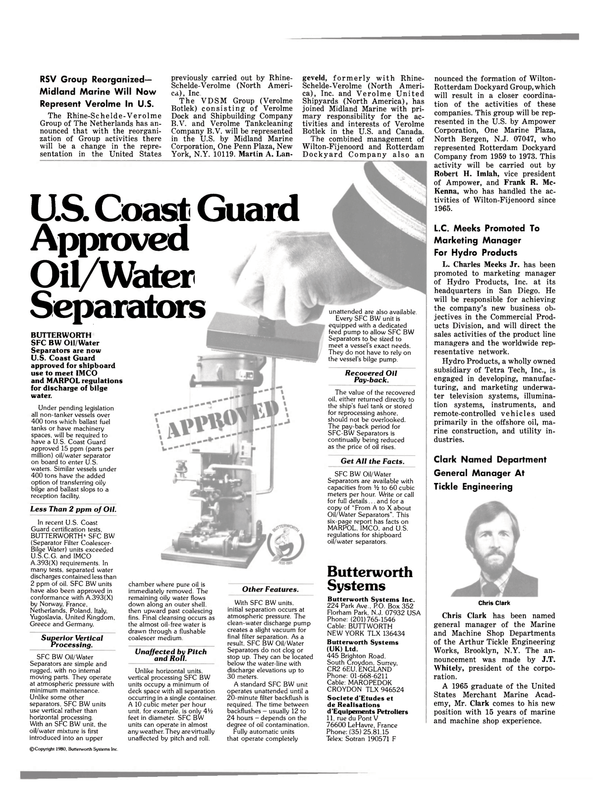