Surge In Requests For ABS Classification Reported At Mid-Year

The American Bureau of Shipping (ABS) received a "sizeable increase" in requests for the classification of ships and other marine structures during the first half of 1980, William N. Johnston, chairman and president, reported at the semiannual meeting of the Board of Managers held in New York City recently.

The chairman cited three factors as contributing to the gain in r e q u e s t s for classification: shifting conditions in the oil markets last year that have led to a rise in orders for crude oil and refined petroleum product carriers primarily of 100,000 and less deadweight tons; improvements in the coal, iron ore, and grain trades that have led to more orders for bulk carriers; and the expanded worldwide search for, and development of, offshore energy sources, that have led to increased orders for offshore mobile drilling units.

R e g a r d i n g ABS subsidiaries, Mr. Johnston reported that ABS Worldwide Technical Services, Inc. is continuing to expand its third-party assurance, inspection, and certification services, particularly in Brazil, Singapore, and Venezuela. He said EXAM Company, one of the major organizations p r o v i d i n g non-destructive testing services to the U.S. pipeline industry, has been very busy during the first half of 1980.

"This is due to the acquisition of equipment in 1979 that placed EXAM in an excellent position to service the expanding activities of the domestic energy distribution industry." 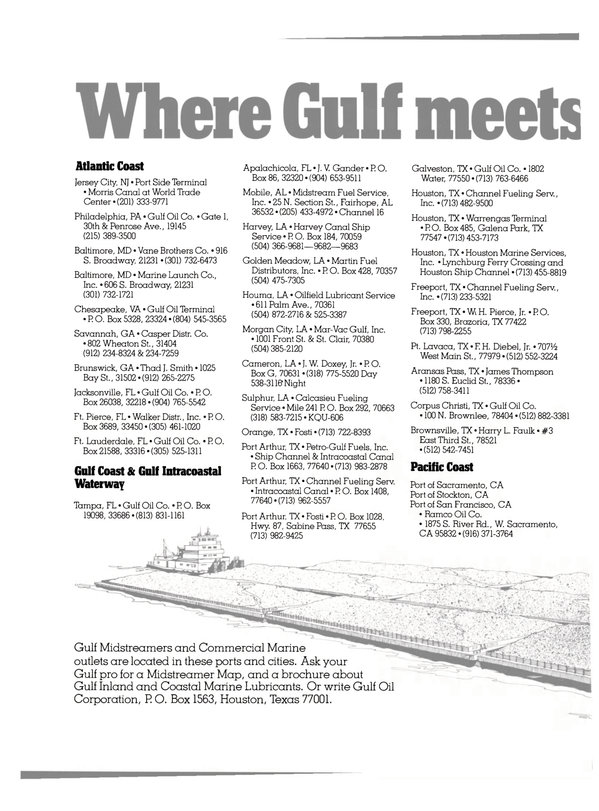 Read Surge In Requests For ABS Classification Reported At Mid-Year in Pdf, Flash or Html5 edition of October 15, 1980 Maritime Reporter