Navy contract for the detailed design and long lead materials for a new type of amphibious landing craft. Announcement was made by Norton C. Willcox, Bell president.

The contract contains two options for later production of six "LCAC" (Landing Craft, Air Cushion), one option for $81 million, the other for $51 million, for a total contract value of $172 million.

He predicts, "The craft will vastly improve the ship-to-shore capability the Navy must have to meet today's needs for amphibious assault missions." What makes the LCAC unique, according to Mr. Willcox, is that it is supported on a pressurized cushion of air and travels at much higher speeds than is presently possible with current conventional landing craft.

Being amphibious, the craft can operate independently of tides, water depth, underwater obstacles, and beach gradients. It can transport equipment, personnel, and weapon systems (including the main battle tank) from well decks of support ships located over the horizon to the beach at speeds up to 50 knots (56 mph).

Its payload will be 60 short tons with an overload capacity of 75 short tons.

The Naval Sea Systems Command awarded Bell a contract to design, build and test a prototype in 1971. This craft, known as the JEFF (B), was built by Bell's New Orleans Operations and has been in intensive test since July 28, 1978, at Bell's Test and Training Facility at the Naval Coastal Systems Laboratory, Panama City, Fla. The current contract is an outgrowth of Bell's 10-year development program for the Navy which is aimed at revolutionizing American amphibious warfare.

Like the JEFF(B), the new craft will be 87 feet long and 47 feet wide, and it will be powered by jet engines.

The major work on the new craft will be performed at Bell's New Orleans Operations. John J.

Kelly is vice president and general manager of the facility. 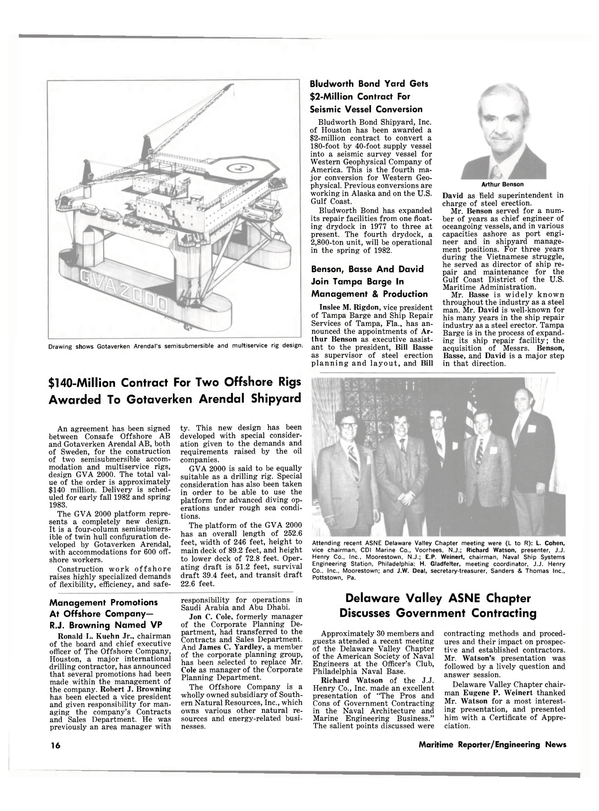