The 203-foot vessels will be powered by twin GM Electro-Motive Division 16-645-E2 engines, each with a maximum continuous rating of 975 bhp at 900 rpm, driving through 3:1 reduction gears. They will be fitted with Schottel bow thrusters powered by Detroit Diesel 12V-71 engines, Akron fire monitors, and towing winches.

With a beam of 40 feet and depth of 14 feet, each vessel will carry both liquid and bulk mud, as well as fuel and drill water for servicing offshore rigs. They will join Zapata Marine's 75-vessel offshore fleet.

The four vessels will be built at HUDSHIP's new West Bank facility, which is located on a 16V>-acre site just north of the Ingalls yard in Pascagoula. HUDSHIP recently acquired that property from H.B.

Marine, Inc., and has begun a major expansion and upgrading of the facility, which will become the new headquarters for the HUDSHIP operation.

The expansion includes the construction of fabrication buildings, craft shops, warehouse, and utility buildings, the installation of bulkheads, rail transfer system, and side launching facilities. New heavy-lift cranes, and rough terrain and overhead cranes are being installed.

According to Mr. Huddleston, the facility will utilize the most modern equipment found in the industry today, including numerically controlled, plasma arc cutting equipment, a plate shear, and press brake for cutting and forming steel plate. The new machine shop has been fitted with a large capacity lathe for manufacturing shafting.

HUDSHIP will continue to operate its facility on the Pascagoula River East Bank for construction of vessels under 165 feet long, including tugs, pushboats, and utility vessels.

The recent contract with Zapata Marine Service is HUDSHIP's second order from a major operator since purchasing the new facility. Construction of four 185-foot offshore supply vessels, which are being built for Gulf Fleet Marine Corporation of New Orleans, is already under way, with the first vessel scheduled for delivery in November 1981. 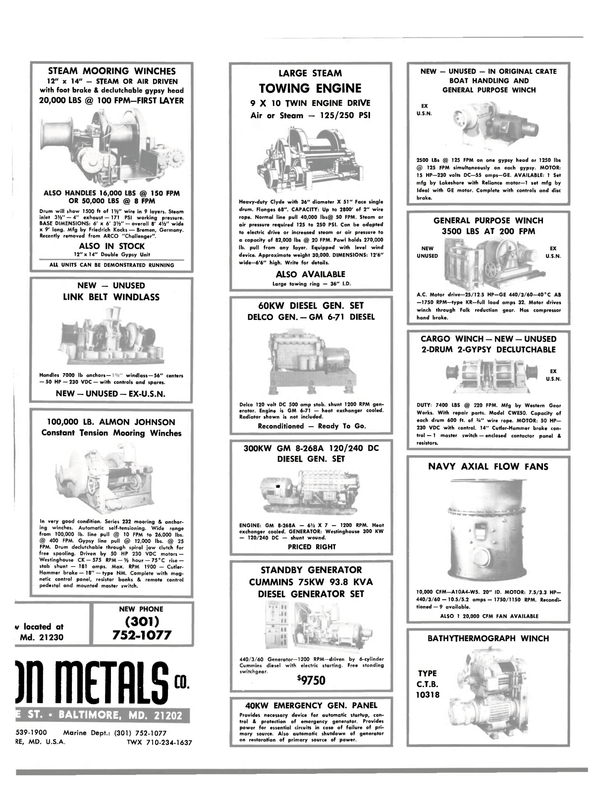