J.E. Cunningham, chairman of the board and chief executive officer of McDermott Incorporated, has announced the election of four additional vice presidents.

Anton Salem has been elected vice president and administrative assistant to the chief executive officer. He joined Bailey Controls Company, a division of Babcock & Wilcox, a McDermott company, in 1974 as vice president of international operations, a position he has held until being named to his present office.

He is in charge of the Bayou Boeuf and Bayou Black fabrica- tion yards. He joined McDermott in 1969 as a structural engineer. 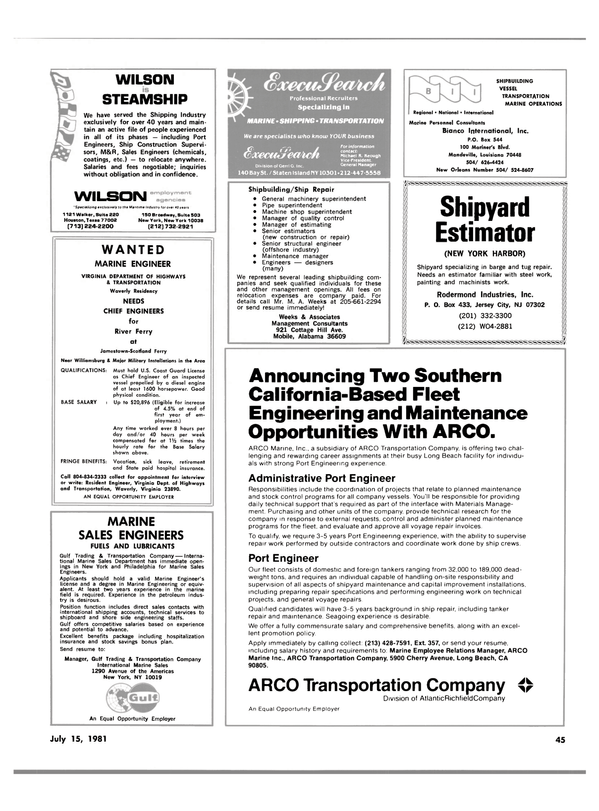