Two past chairmen of the American Waterways Shipyard Conference (AWSC) have been honored for their service to the shipyard industry. At a recent AWSC meeting in Houston, John F. McKay and Jack O.

Pirozzolo were each presented a mounted brass ship's clock commemorating their service.

Mr. McKay, formerly of Maxon Marine and Jeffboat, Inc. and now a vice president with McAllister Bros. Inc., New York, was one of the original Shipyard Steering Committee members who founded the AWSC in 1976. During his tenure as chairman in 1978, he led the AWSC in a successful battle to prevent foreign competitors from building vessels for domestic shipping in the United States. Such an incursion, which has long been banned by law, would have been economically damaging to the U.S. shipbuilding economy.

Mr. Pirozzolo, an executive with Goldston Shipbuilding Corporation, Corpus Christi, Texas, served as AWSC chairman in 1980, when the AWSC received a grant from the Occupational Safety and Health Administration to develop safety training programs.

The first of these programs, New Employee Safety Training, will be ready for distribution by August.

The awards were presented by AWSC chairman John Buursema, president of Twin City Shipyard, St. Paul, Minn. He praised both men "for their tireless efforts and outstanding contributions to the industry." He also noted that the groundwork laid by the past chairmen might make it possible for the shipyard industry to institute selfregulation in safety and health matters.

Under Mr. Buursema's leadership, the industry has taken additional steps in this direction.

The AWSC consists of more than 70 shipyards engaged in building and repairing vessels for the barge and towing industry, the offshore service industry, and the fishing industry. The AWSC keeps its members apprised of developments in the industry, thus providing the tools for more efficient operations, and aims to improve conditions for the small- and medium-sized shipyards to assure the long-term growth of the industry. 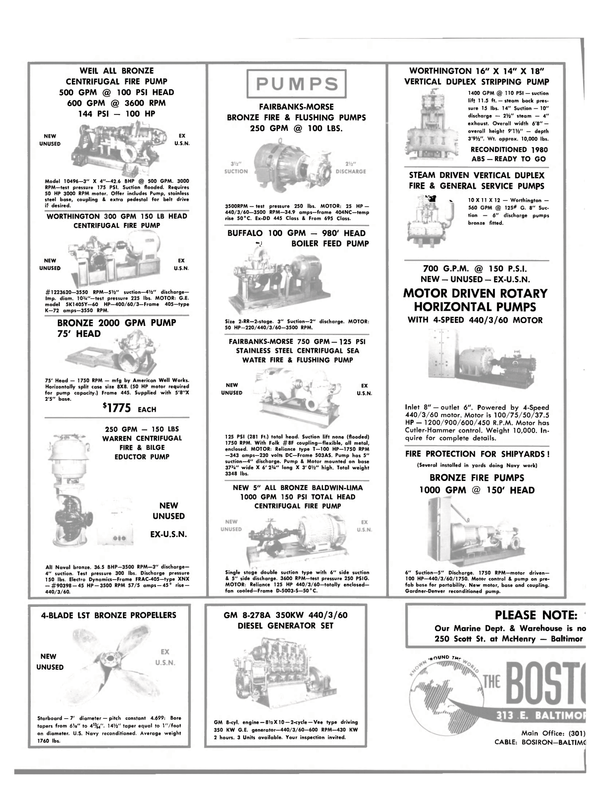