Representatives of government maritime agencies of the United States and Canada have signed a formal agreement to cooperate in marine transportation research and development, it was announced recently in Washington and Ottawa.

Under the agreement, there will be information and personnel exchanges, project work sharing and joint assessment of marine transportation systems and technology.

The agreement was immediately effective. Either side may terminate it by giving a year's notice.

Cooperative research and development is expected to emphasize marine transportation in Arctic, inland and coastal waters.

Under one, the United States will share with Canada information from 1969 and 1970 Arctic voyages of the ice-strengthened tanker S/S Manhattan. The Maritime Administration (MarAd), and the CMTA will analyze the data as they relate to Arctic ship design and operation, and publish a joint report.

Similarly, CMTA will share with MarAd information from the operation of the M/C Arctic, an icebreaking bulk carrier built under a joint Canadian governmentindustry program. 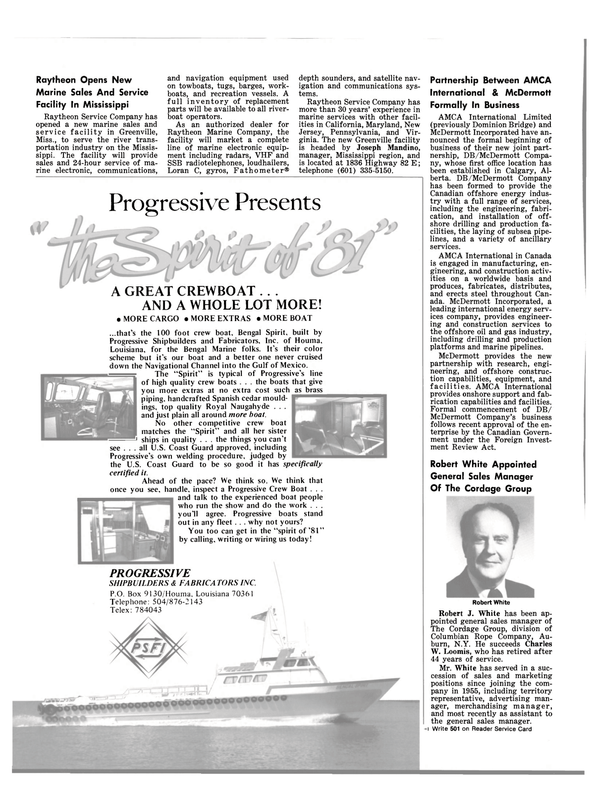