Grumman Aerospace Corporation recently launched a 100-ton hydrofoil patrol boat under construction for Israel. The launching took place at Lantana Boatyard, Inc. in Lantana, Fla. where the vessel was built. After testing in the Atlantic Ocean near Lantana, the hydrofoil will be delivered to the Israeli government and transported to Haifa, where it will go into operational service.

The Israeli craft, designated Design M161, is a variant of Grumman's Mark II, an improved version of the company's earlier hydrofoil patrol craft, the Flagstaff (PGH-1). That vessel was delivered to the U.S. Navy in 1968, and later operated with the U.S. Coast Guard on the East and West Coasts.

The 84-foot, all-aluminum Israeli boat will be capable of speeds of 50 knots when foilborne and eight knots when operating on its hull. A 5,400-hp Allison 501-KF gas turbine powers the boat when it is riding on its foils. An over-the-stern, precision geared transmission system with a 14:1 reduction ratio is housed in the retractable, steerable tail strut. The controllable-pitch, 4- bladed stainless steel propeller has a diameter of 52 inches. 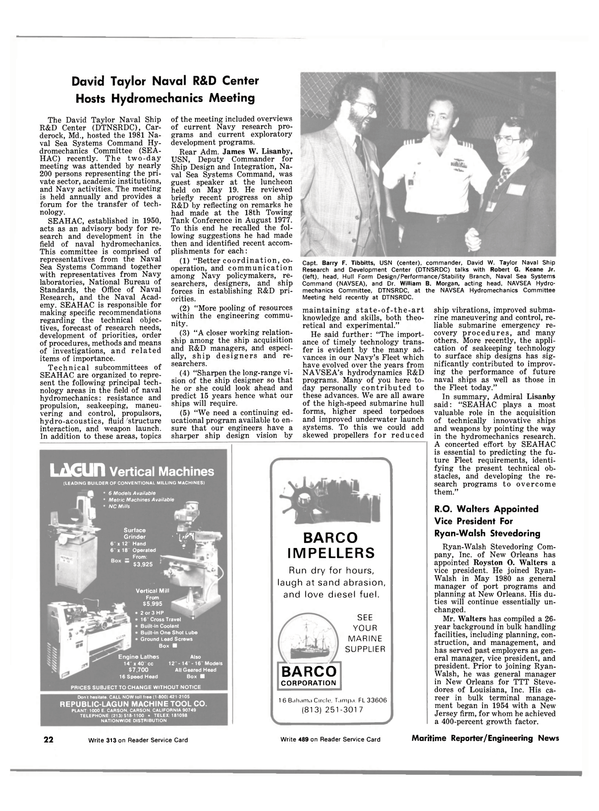