Edward Campbell Named To Board Of Trustees At Webb Institute

Webb Institute of Naval Architecture, the oldest four-year naval architecture undergraduate institution in the U.S., announced recently that Edward Campbell has been elected a trustee. Frank J. Graziano, chairman of the board of trustees, stated that he is "pleased that such a distinguished leader of the corporate world will be joining us at Webb.

I know with Ed Campbell's participation in the educational mission of Webb, our task for the future will be made easier." Mr. Campbell is president and chief executive officer of Newport News Shipbuilding, the world's largest private shipyard, employing 25,000 people. It is the nation's only company capable of building and servicing a full range of either nuclear or conventionally powered ships for both the Navy and commercial customers.

Mr. Campbell joined the company in January 1979. He previously had been executive vice president of the J.I. Case Company of Racine, Wis., also a Tenneco subsidiary, where he was employed for 11 years. Prior to that, he held management positions at Whirlpool Corporation, Joy Manufacturing Company, and Abex Corporation. 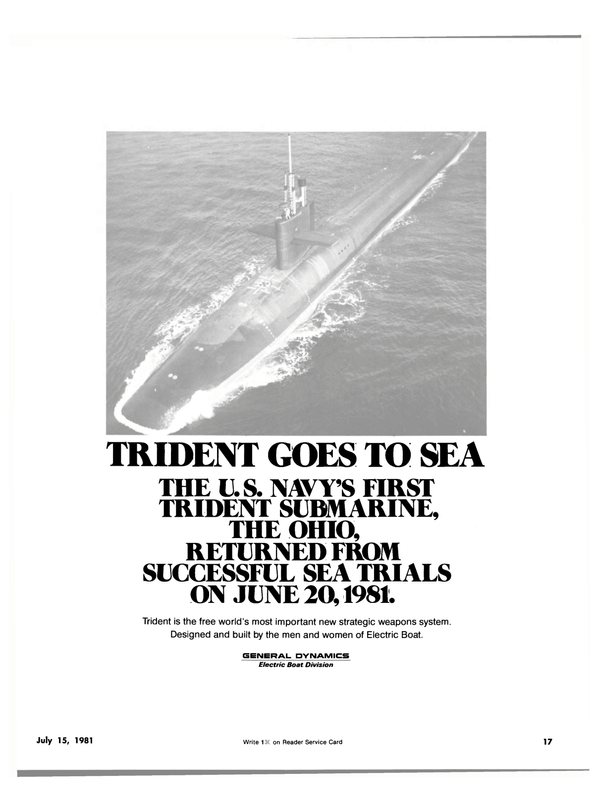 Read Edward Campbell Named To Board Of Trustees At Webb Institute in Pdf, Flash or Html5 edition of July 15, 1981 Maritime Reporter