The Maritime Administration has approved in principle an application from Puget Sound Tug & Barge Co., One Market Plaza, San Francisco, Calif., a wholly owned subsidiary of Crowley Maritime Corp., for a Title XI guarantee to aid in financing or refinancing one ice-strengthened oil/deck cargo barge and four deck cargo barges.

The MarAd guarantee is designed to assist the company in obtaining favorable commercial financing for the project.

All the vessels were built by FMC Corp., Portland, Ore. The 205-foot icebreaking barge Arctic Endeavor was delivered in July 1982. It is expected to be used by oil companies in support of Arctic offshore energy exploration. The four ocean deck barges are each 400 feet long. They will be used to provide contract barge transportation between the U.S. Pacific Northwest and Alaska. One was delivered in December 1982 and others in May 1983. 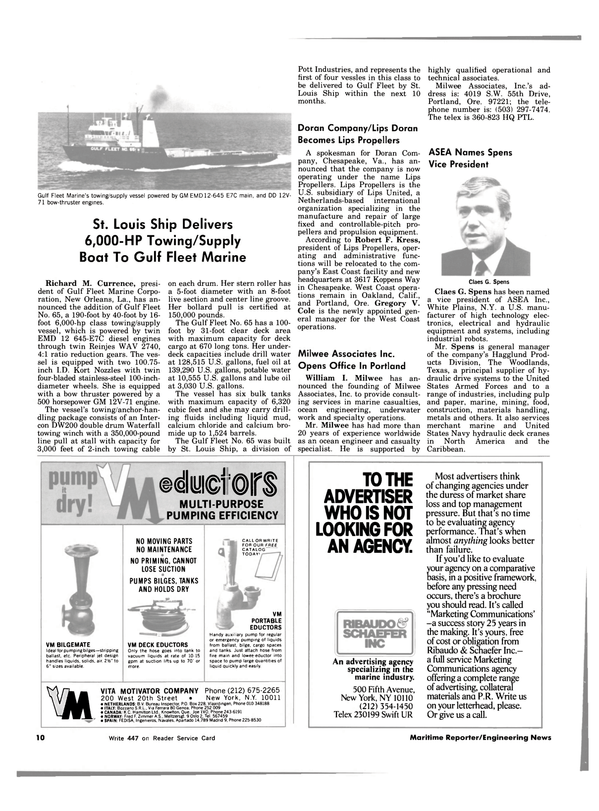