Personnel at the Coast Guard Yard in Curtis Bay, Md., recently completed a restoration of the Coast Guard Cutter Gentian, a 180-foot oceangoing buoy tender (WLB). The overhaul of the World War II vintage vessel marked the second renovation of a Class A buoy tender under the U.S. Coast Guard's Service Life Extension Program (SLEP). The yard recommissioned the CGC Sorrel, another 180-foot buoy tender, in January of this year after she too had gone through an extensive 16-month face lift.

The Coast Guard expects to conduct the SLEP over the next 15 years, working towards the goal of renovating nine more WLBs before the program ends.

The yard held recommissioning ceremonies for the Gentian on August 4. Rear Adm.

Theodore Wojar, Chief of the Office of Navigation at Coast Guard Headquarters in Washington, D.C., attended as guest speaker.

The upgrade of the vessel cost approximately $8.3-million and involved 215,000 manhours by yard workers and replacement of most of the machinery.

The vessel's weight-handling system was redesigned and the watertight capability of the ship was improved. Construction work included expansion of the ship's office and radio room, additional storeroom space and relocation of the boom control booth.

The Gentian was originally commissioned in 1942 and served on active duty until 1976, when she was decommissioned at the Coast Guard yard. 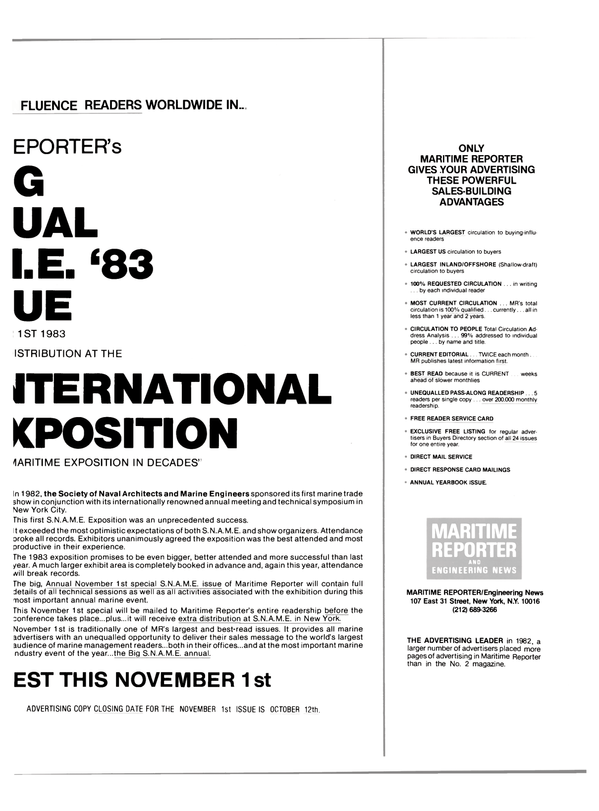