Tacoma Boatbuilding Co., Tacoma, Wash., reported today that all outstanding conditions have been met to finalize the award of a $143-million contract for the design and construction of two 252- foot corvettes for Thailand. The contract had previously been signed subject to obtaining a weapons export license and letters of credit equal to progress payments, noted B. James Lowe, company president.

The weapons export license was granted on July 8, and on August 24 the requisite letters of credit were issued. The Thai ships include design similarities to four 245-foot patrol-chaser (PCG) ships completed this year under a U.S.

Navy contract for an allied nation. 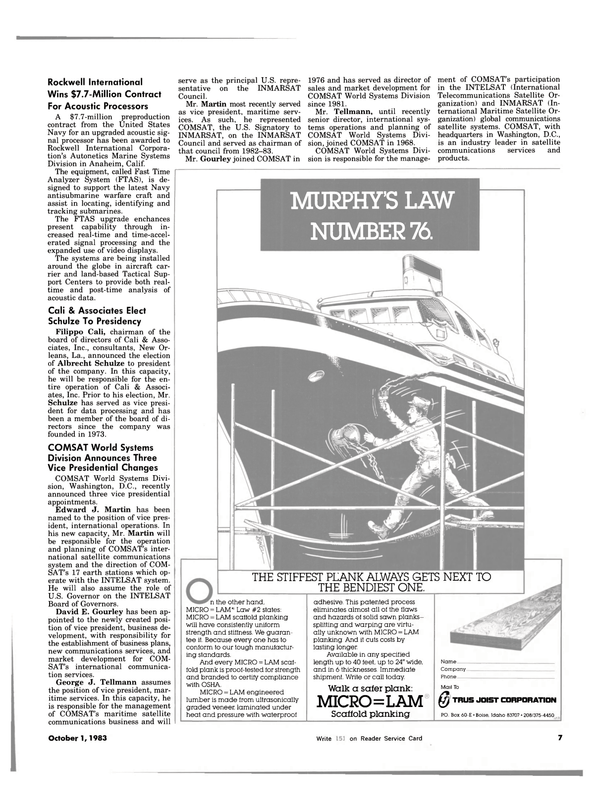