Edwards Will Succeed Stonebreaker As President Of Halter Marine

Steve Stonebreaker has resigned for health reasons as president of Halter Marine, Inc., and Jack P. Edwards has been named to succeed him. The announcement was made by W. Ray Wallace, president and CEO of Trinity Industries, Inc., which owns the New Orleans-based shipbuilding company.

Mr. Stonebreaker joined Halter in 1978, when he created and directed the Halter Incentive Program.

He rose through progressively more important executive positions until his appointment as president in December 1983.

Mr. Edwards came to Halter from Ingalls Shipbuilding in 1970 as an estimator, and has served in several capacities including assistant general manager of the Moss Point, Miss., division, manager of that division, and eastern area production manager. He was promoted to vice president-production in February 1984, with overall responsibility for production at Halter's six shipyards, as well as the quality assurance and warranty programs. 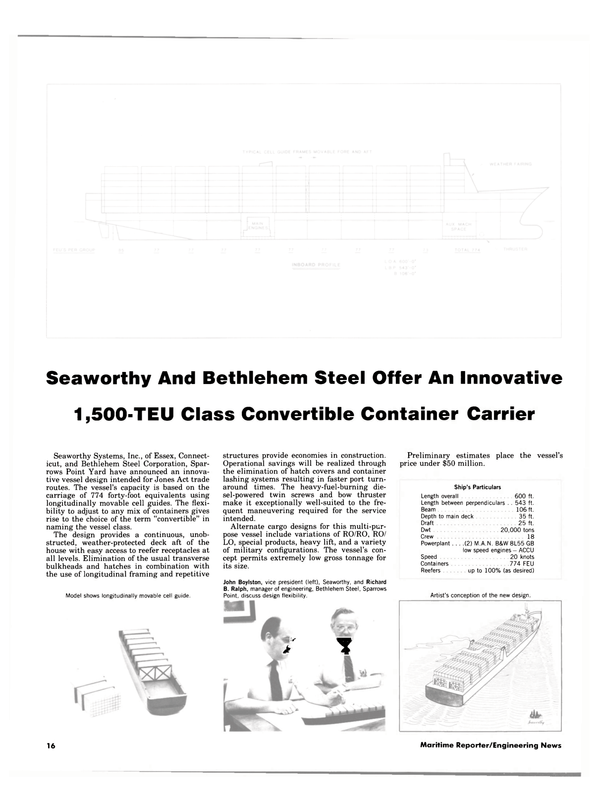 Read Edwards Will Succeed Stonebreaker As President Of Halter Marine in Pdf, Flash or Html5 edition of August 15, 1984 Maritime Reporter