The MacGregor-Navire organization has announced with deep regret that Per-Ake Hanson, president and chief executive officer, died suddenly at the age of 48 on July 17 at Kungsbacka, Sweden, as a result of a heart attack.

Following the purchase of the MacGregor organization by the Kone Group in May 1983, he was appointed president and CEO of the new MacGregor-Navire organization.

Mr. Hanson took his master of science degree in mechanics at Chalmers University of Technology in Gothenburg, and in 1960 joined Kockums Shipyard as a group leader in machinery design.

Maynard in Gothenburg, and was responsible for development programs involving shipbuilding, ports, and industry. In 1973 he was named president of Navire Cargo Gear International A.B., and was instrumental in developing it into one of the leading cargo access equipment designers. 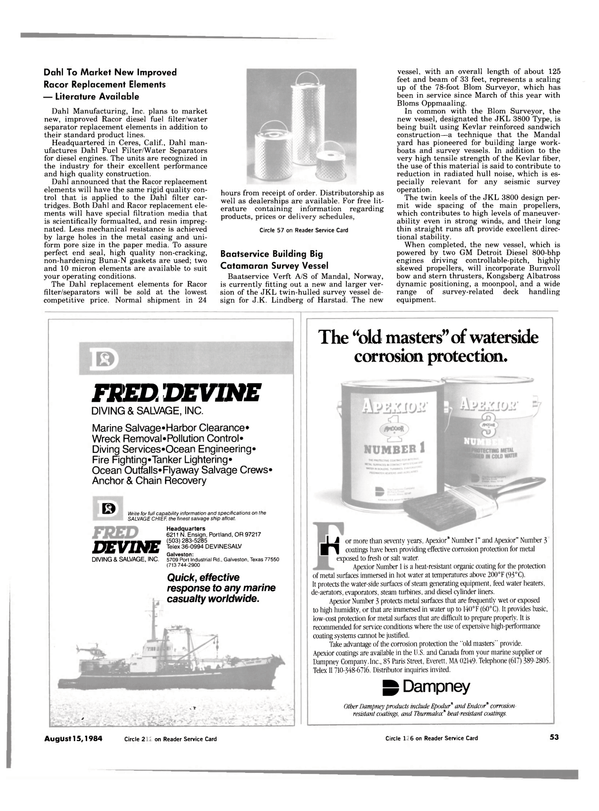