It was announced by John T.

The LCAC is a high speed air cushion landing craft that will provide transport of personnel and equipment to shore positions from amphibious assault ships stationed offshore.

The Phase I award is a fixed price contract totaling $500,000 for review of detail design and construction feasibility for the LCAC follow on construction program.

A preproduction prototype of this craft is currently under construction on the Gulf Coast by the LCAC program's lead contractor.

Early in 1985 there will be a Phase II contract based on cost effectiveness and production techniques.

The fixed price award will be for the construction of one or two vessels with subsequent awards for up to nine vessels per year.

Todd Seattle's expertise in this type of aluminum fabrication was developed during construction of the experimental Hovercraft JEFFA (a prototype for the current LCAC). 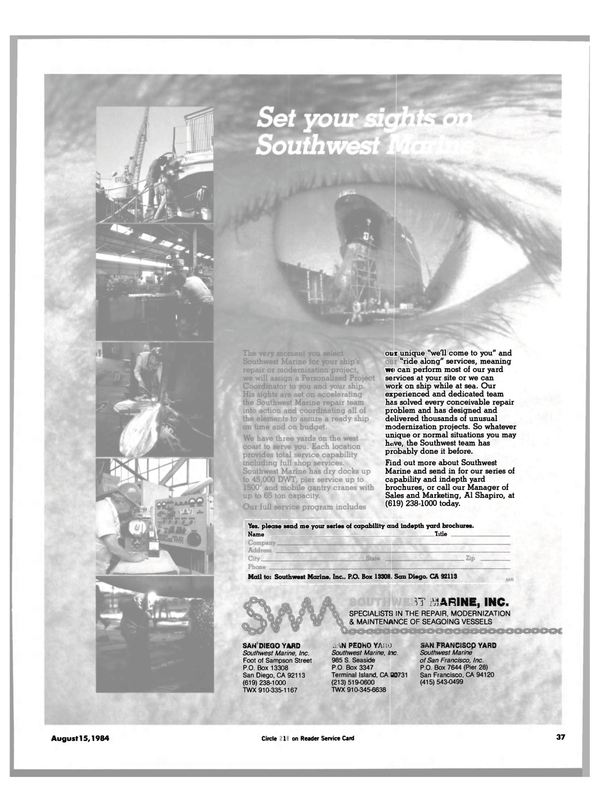