Newport News Shipbuilding recently made the following organizational changes to put proper priority on projects and to broaden responsibilities of key managers within the company.

He will continue to have responsibility for all personnel and health functions.

Production Control has been removed from the Technical Division.

It is divided into two departments, Construction and Overhaul.

Construction has been assigned to Mr. Graham, overhaul to Mr.

The position of vice presidentmarketing vacated by Mr. Turner has been assumed by W.P. Frieks, formerly vice president-technical. 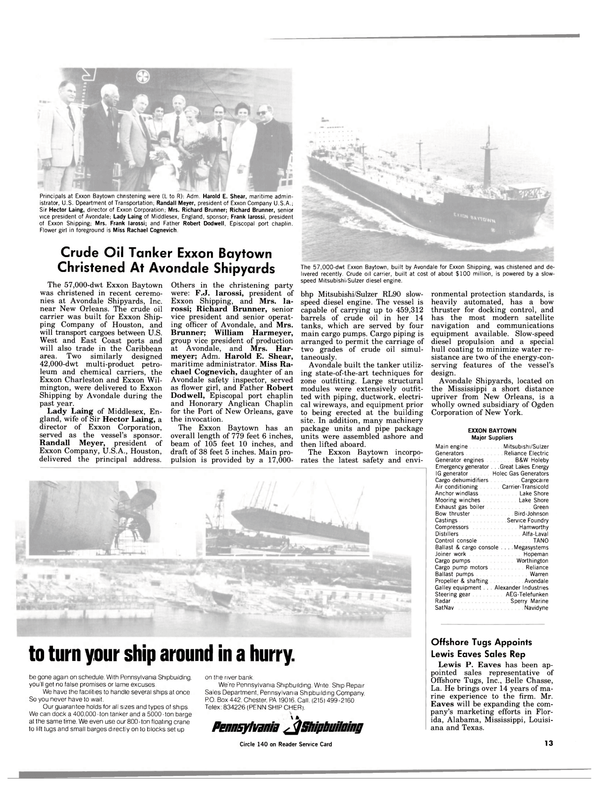