A 160-foot motor-assisted commercial windship using the principle of the airfoil has been designed by Jeffrey Dunan for a northern California corporation that plans to use the craft for marine research. The $7-million vessel is scheduled to be completed next year in Japan by Florida-based Sterling Yacht and Shipbuilders. Mr. Dunan, president of Los Angeles-based Research Developers, Inc., plans to build progressively larger vessels for commercial and even military use.

The windship is constructed from graphite, a lightweight substance used for a variety of recreational and aerospace equipment. Combining the features of a catamaran and a helicopter, the airfoil system always faces the wind, regardless of the ship's course. Since the movement of the airfoil is governed by the wind, the vessel, unlike a traditional sailing ship burdened by cumbersome rigging, is not likely to capsize in heavy winds, and this feature has attracted the U.S. Coast Guard which is interested in using the proposed craft as a patrol vessel.

In addition to the savings on fuel, hightechnology sailing craft of the kind Mr. Dunan proposes don't employ traditional rigging, and no crew is necessary. In fact, he says, one person can operate a 60-foot vessel traveling at speeds of up to 35 knots and save up to 40 percent of the cost of fuel.

The new design calls for a craft capable of traveling at high speeds on the open seas. Unlike other commercial windships, including those developed by the Japanese, Mr. Dunan's airfoil system will operate without the necessary aid of a computer to dictate its movement in relation to the wind.

Ultimately, Mr. Dunan hopes to build a 650-foot craft with 200,000 square feet of storage space capable of transporting bulk and liquid bulk commodities as well as finished products such as electronics. 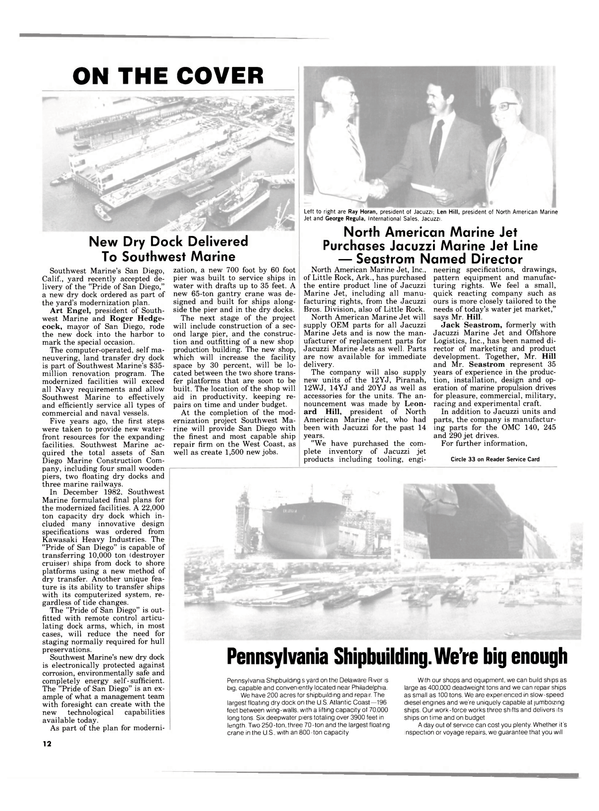