Bath Iron Works Corporation (BIW) in Maine is the apparent successful bidder for two of the three Aegis guided-missile cruisers of the Ticonderoga (CG-47) Class that the U.S. Navy ordered recently under the FY 85 shipbuilding program.

The other ship was awarded to Ingalls Shipbuilding, which was chosen as the lead yard when the Aegis cruiser program began in 1978. The latest contract brings to four the number of cruisers ordered from BIW; Ingalls has received orders for a total of 13.

According to BIW president William E. Haggett, price was a key factor in the Navy's decision on the latest contracts. "BIW has undertaken major efforts to contain costs, and our pricing on these ships reflects a management commitment to continue with every initiative necessary to remain ahead of the competition," he said.

BIW, Ingalls, and Todd Shipyards Corporation are all bidding for the construction of the DDG-51, lead ship in the new Arleigh Burke Class Aegis guided-missile destroyers.

Authorized in the FY 85 shipbuilding program, the contract for the DDG-51 is scheduled to be awarded in January 1985. 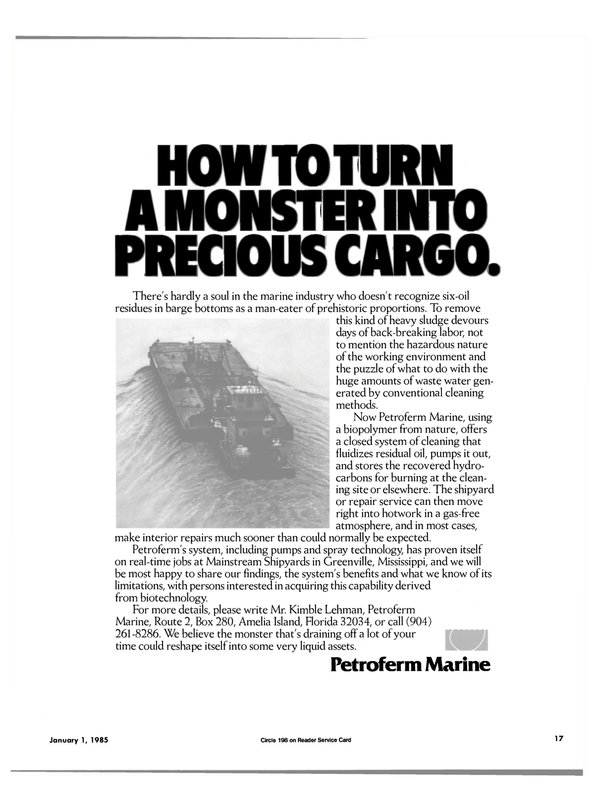