The INMARSAT Ship Earth Station is now a familiar aid to shipto- shore communication, but the latest compact station from Marconi International Marine features several simplifications that make it an economic, easy-to-use and install system.

The Oceanray above deck unit incorporates a 0.9-m dish, gyrostabilized and only 150 cm high in the radome. The radio frequency package, including control unit and power supply, can be positioned either within the radome unit or separately, above or below deck.

On the bridge, or in the vessel's communications control area (for it is anticipated that the unit will be fitted to a range of vessel types and sizes with a variety of communications arrangements), a single cable connection from the above deck unit provides the input to a range of possible terminal hardware. In its simplest form as a ship-shore communicating device, the Oceanray uses a standard pushbuttom telephone and operating instructions are given via a voice synthesizing unit to allow operation by personnel with a minimum of specialized training. In this mode standard features of the terminal are: automatic routing of calls via the nearest satellite, though with a manual over-ride to allow selection of Coast Earth Station call routing; priority given to distress calls coming in, plus security system over-ride priority also given to outward distress calls. Terminal facilities also included allow use of future developments in the INMARSAT system, including Ocean Area coding and response to fleet and National Group Identity number which have recently been introduced in addition to ship's INMARSAT identity numbers. Further hardware can be added to give facsimile and high and low speed data transmission capability.

The Oceanray, priced under $30,000, is available through Marconi's U.S. distributor, CMC Communications, Inc.

For free copies of the Oceanray SAT-COM literature, Circle 29 on Reader Service Card 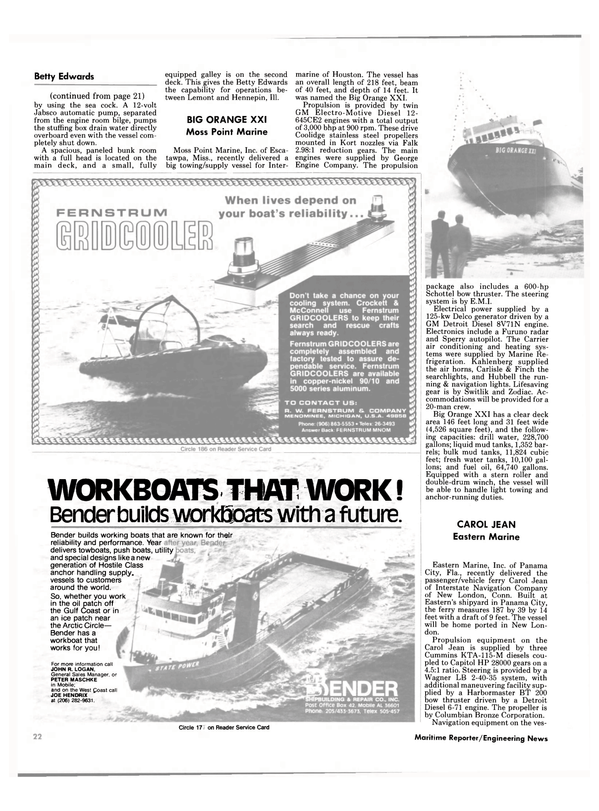