Puroflow's new system includes a central control panel, which provides convenient remote monitoring of multiple circuits, plus as many as 75 separate power-line filters, which may be installed throughout the ship's power lines as needed. Thus, all bridge, radio-room and engine- room electronics can be linked into a single integrated system.

According to G. Howard Warren, vice president of marine marketing, Puroflow has taken the industry's first truly integrated approach to solving the problem of "dirty" power aboard ship, rather than the usual piecemeal solution, in which filters or suppressors are added here and there aboard ship when problems occur.

"The marine industry is becoming more aware of the vital need for adequate power-line protection for modern marine electronics," Mr. Warren stated. "Voltage surges can have devastating effects on solid-state circuitry, causing electronic devices to 'lock up' without warning, losing data in memory and giving faulty output to other devices. As ships become more dependent on sophisticated computer-based electronics for navigation, communication, automation and monitoring, it becomes imperative to take a comprehensive approach to power-line protection." Puroflow's new system provides centralized control and monitoring of up to 75 separate surge suppressors. Lights and audio alarms alert ship's crew to problems anywhere in the electrical system. Crew members can quickly identify and isolate problems and effect repairs without manually tracing through scores of circuits. This assures minimum downtime for essential electronics, which may be needed for safety at sea.

Puroflow developed the new centralized system from a prototype originally created for a U.S. Navy installation, which had been experiencing serious problems with outages resulting from lightning. Other approaches to solving the problem had proved ineffective. The Puroflow system was 100 per cent successful in eliminating outages, and the Navy is placing orders for additional systems, according to Mr. W a r r e n.

Puroflow is a leading manufacturer of powerline protection devices for the commercial and military marine industry. The company's products have been independently tested to meet the most stringent requirements for voltage surge and noise protection, meeting all U.S. Navy specifications, including those for shock and vibration.

For more information on the new system from Puroflow Marine Corporation, Circle 18 on Reader Service Card 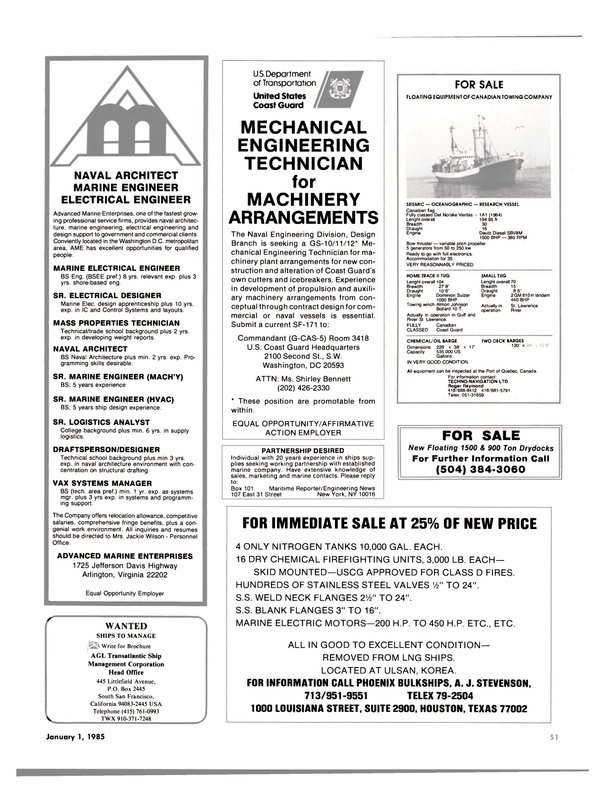