Todd Shipyards Corporation reports that the U.S. Navy has exercised options amounting to $30 million authorizing Todd's Galveston Division to proceed with modification of the first of two vessels into Aviation Logistic Support Ships (T-AVB), and with advanced procurement of major long-lead items for the second vessel. The award follows completion of the $2.8-million detailed engineering and design phase started in May 1984.

It is expected that the Navy will exercise the remaining $25-million option for modification of the second vessel late in 1985, which will provide a stable work load for another year.

The T-AVB program consists of conversion of two C5-6-78A Seabridge Class RO/RO-containerships into Aviation Logistic Support Ships. The ships have an overall length of 602 feet and a beam of 90 feet. 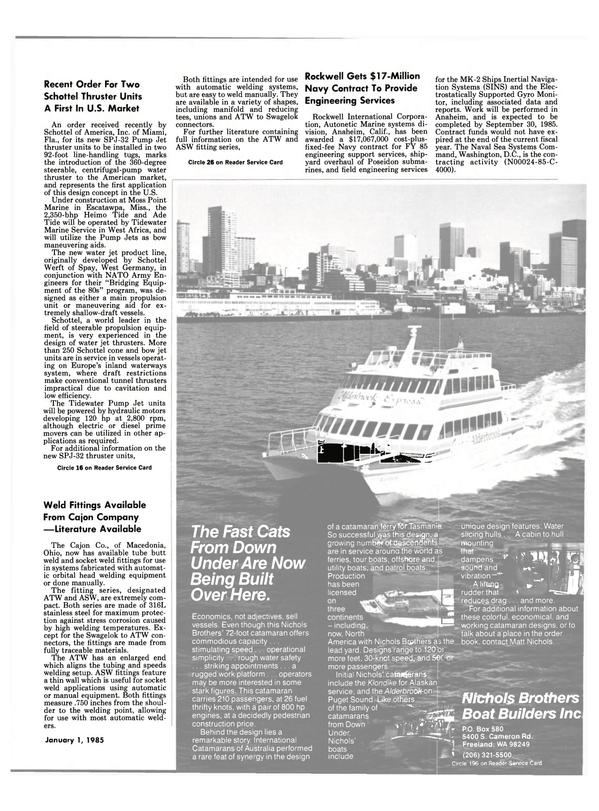