A-C Compressor Corporation of West Allis, Wise., has acquired the compressor operation of Allis- Chalmers Corporation. Terms were not disclosed.

According to Carl R. Hall, chairman of the board and chief executive officer, the newly formed and independent A-C Compressor Corporation recently purchased the rotary sliding vane compressor and both multi-stage and single-stage centrifugal compressor product lines, along with the attendant technology and engineering, from Allis- Chalmers.

Included in the purchase were the Allis-Chalmers South Island plant in Appleton, Wise., where the compressors are made; machinery and equipment within the plant dedicated to the manufacture of the products; and test facilities with capacities to 17,500 hp for closed loop and string testing at West Allis.

Besides Mr. Hall, A-C Compressor was formed by William M.

Conner, president and chief operating officer, who was formerly general manager of the Allis-Chalmers compressor operation; Kenneth B. 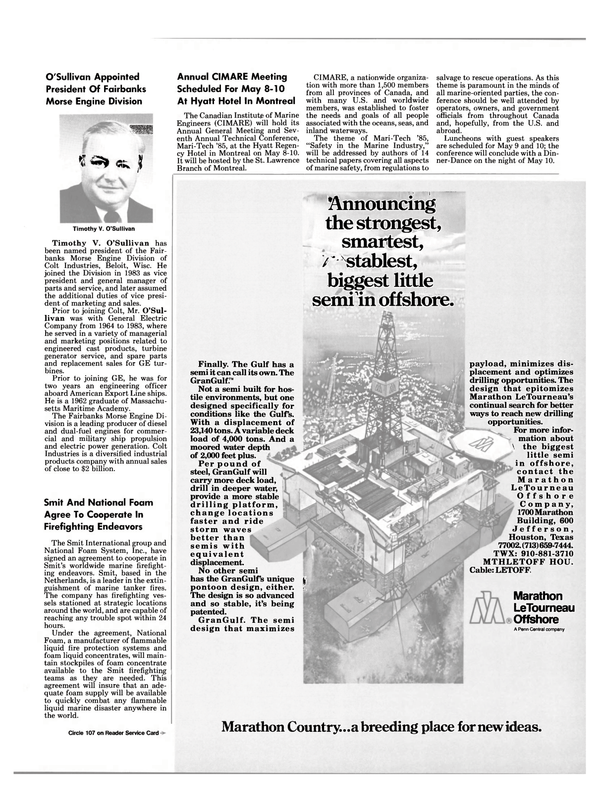