Bath Iron Works Corporation has announced that it has been awarded the contract to design and build the lead ship in the DDG 51 Program.

This award comes after a very extensive competition among the most capable surface combatant shipbuilding companies in the U.S. The $321-million fixed-price contract is effective immediately with initial efforts concentrating on development of the detail design and planning aspects of the program. Actual construction of the lead ship will begin in 1987 with the ship scheduled to be delivered in 1989.

BIW has applied its very best resources and efforts over the past two years to win this contract against the top shipyards in this country.

Developing a lead ship design and constructing the prototype of a class is that portion of the shipbuilding business where Bath really excels.

This award is a fine tribute to our company and the reputation it has earned building ships for the Navy for many years.

"Award of the DDG 51 contract to Bath is vital to the future of the company, and of greater significance is the fact that it establishes a solid foothold for BIW as lead yard in the DDG 51 Program which is planned to include the construction of a minimum of 29 ships. As lead yard, Bath's chances of winning a majority of follow-on ships in the program is greatly enhanced," Mr.

"DDG 51 was the only new type surface combatant ship to be awarded this year, and no new classes are planned for the near future. As a result, competition for this award was fierce and BIW bid this contract very aggressively.

Completing this program within the cost parameters will be a real challenge to BIW, but we are determined to do it, and I am confident Bath is up to the task," he added.

To perform its lead ship responsibilities, Bath Iron Works Corporation has teamed with Gibbs & Cox, Inc., of New York City who will be responsible for developing detailed working plans as part of the lead ship process. BIW and G&C have successfully teamed in the development of many lead surface combatant ship designs for the Navy in the past.

DDG 51 will be 505 feet in length with a 66-foot maximum beam and will displace 8,150 tons. It has been designed as a multipurpose destroyer incorporating the advanced AEGIS anti-air systems. The AEGIS destroyers are planned to be a cornerstone of the United States Navy battle groups well into the 21st century. 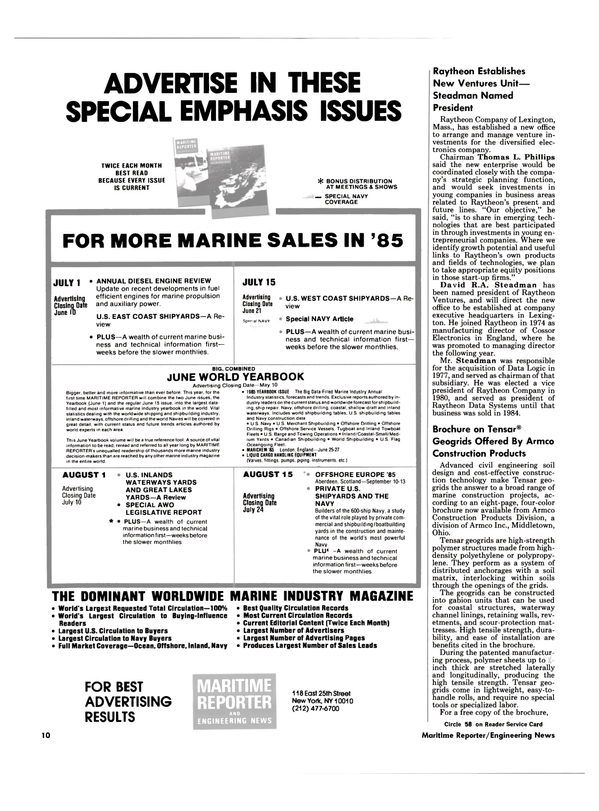