in Auburn, N. V., has announced the appointment of C. Jay Slaybaugh as vice president and chief operating officer.

Prior to joining Bombardier/Alco, Mr. Slaybaugh was president and chief executive officer of Rock of Ages Corporation in Barre, Vermont.

He has served as CEO or COO of various manufacturing companies, and as manager of mangement consulting in the San Francisco office of Price Waterhouse and Company.

On the Editorial Board of the American Production and Inventory Control Society, he is a senior member of the American Institute of Industrial Engineers. He holds a BS degree in mechanical engineering and an MBA in marketing, both from the University of California at Berkeley. 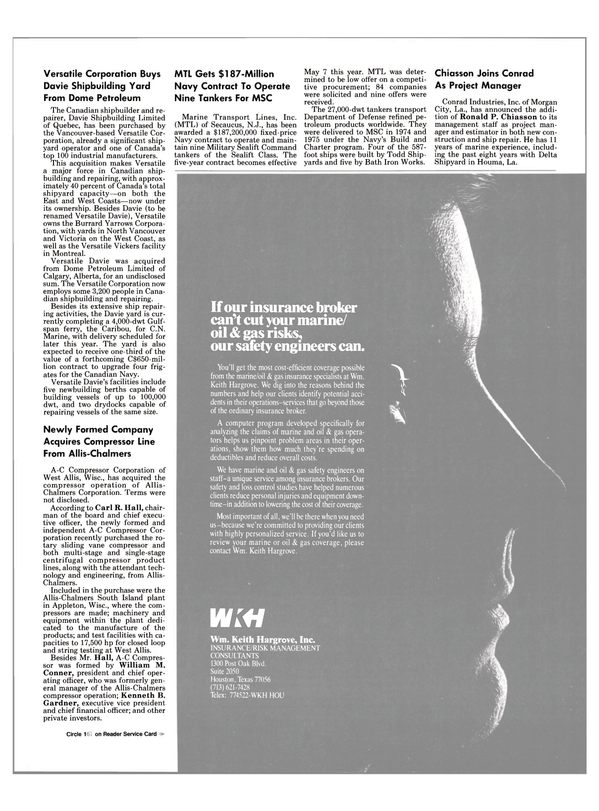 Read Slaybaugh Named Vice President And COO For Bombardier/Alco Power in Pdf, Flash or Html5 edition of May 1985 Maritime Reporter