Capt. Leo V. Berger, president of Avon Steamship Company and its affiliate, Apex Marine Corp., has been given the U.S. Merchant Marine Academy Alumni Association's highest honor in 1985, its Alumnus of the Year Award.

Recipients of this award are chosen on the basis' of their career achievements and for their support of the Academy, which is operated by the Maritime Administration of the U.S. Department of Transportation. Past winners include labor leader Lane Kirkland; former deputy maritime administrator Capt. Warren Leback; and former U.S. Coast Guard vice commandant Vice Adm. Robert Scarborough.

When he graduated from the USMMA in 1943, Captain Berger already held a bachelor's degree from Cornell University. He had come to the United States from Hungary as a boy of eight. He remained at sea from 1943 to 1956, earning a master's license and obtaining a law degree from Cornell during intervals ashore.

From 1956 to 1966, he served as operations manager for Triton Shipping, and left to found his own firm, Avon Steamship Co. Starting with only two small tankers, he developed a fleet that today is one of the most successful operations under the U.S. flag. 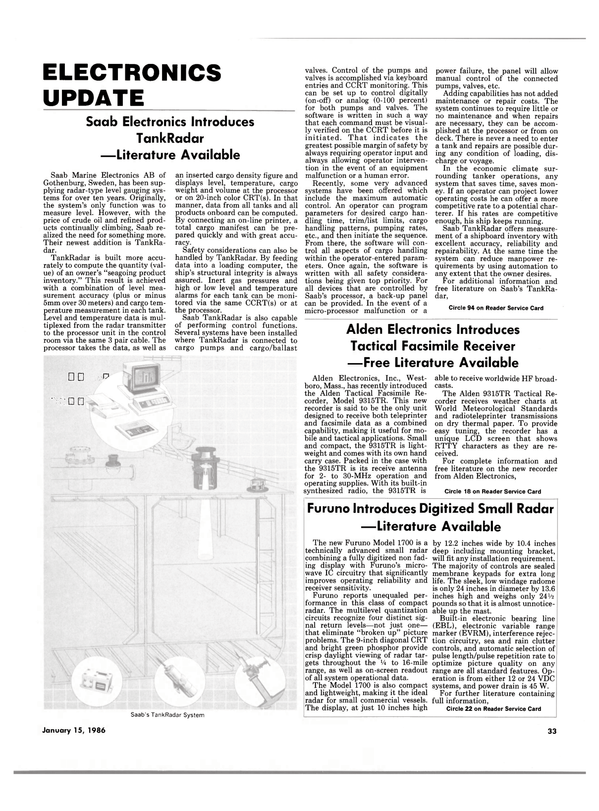