According to Atlas-Danmark, the offshore triple-effect distiller was developed in order to compensate for the reduced heat rejection of new diesel engines.

The new semisubmersible rig is a Friede & Goldman-designed Trendsetter.

It has been said that the triple- effect water makers which will be installed on the Trendsetter Zane Barnes, will save two-thirds of the energy needed for an equal freshwater production in other types of distillers. The units will be hooked up to Wartsila Diesel engines, which are highly efficient and have low heat rejection, thus triple-effect distillers are required to produce the necessary quantity of fresh water by means of waste heat only.

Were the required 140,000 1/24 hours fresh water to be produced on a normal double-effect plant, a boiler plant would be needed to make up for the reduced waste heat rejection of the new generation of diesel engines. Therefore, the installation of triple-effect water makers saves thousands in annual expenses for heat production on a boiler plant.

The new triple-effect offshore plants require a small additional investment compared to conventional double-effect plants, and the payback period can be only a few months.

During the past three decades, Atlas-Danmark has supplied more than 18,000 single- and doubleeffect water makers to the marine and offshore markets. Multi-effect water makers (up to six effects) producing up to 1,000 m:i/24 hours (265,000 gpd) per unit, have previously been installed in vessels requiring large amounts of fresh water, e.g. cruise and passenger vessels, livestock carriers and accommodation platforms. 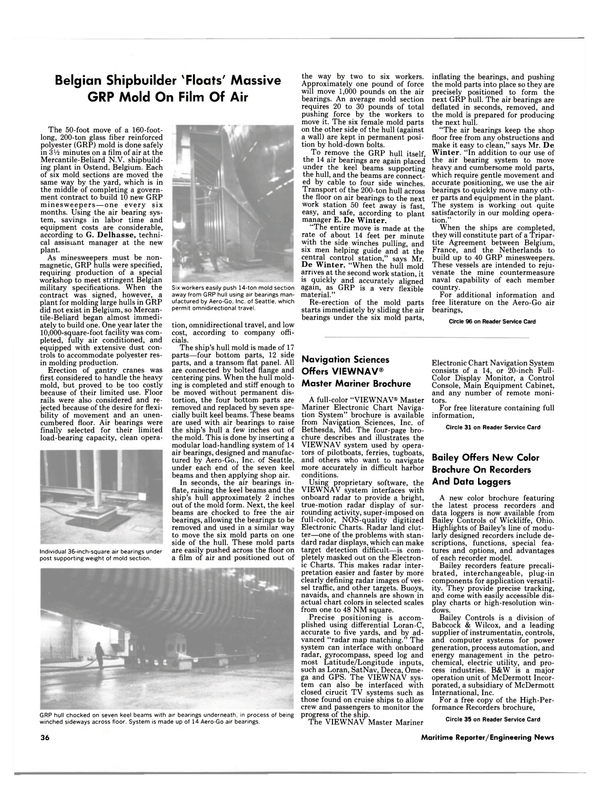