The USNS Leroy Grumman, like her sister ships in the T-AO-187 Class, is 677-1/2 feet long, has a beam of 97-1/2 feet, draft of 36 feet and displaces 40,700 tons. She is powered by two 10-cylinder PC4.2 Colt-Pielstick diesel engines manufactured by the Fairbanks Morse Division of Colt Industries, Inc.

The principal speaker at the event was Representative Lindy Boggs, D-La., a longtime supporter of maritime interests.

The mission of the Grumman will be to transport bulk petroleum products from shore depots to Navy ships at sea. Designed to carry 180,000 barrels of fuel and 534 pallets of dry cargo stores, the Grumman's at-sea delivery capability will enable Navy ships to operate for longer periods without returning to port for fuel and supplies.

For further information on the shipbuilding services of Avondale Shipyards, Circle 14 on Reader Service Card 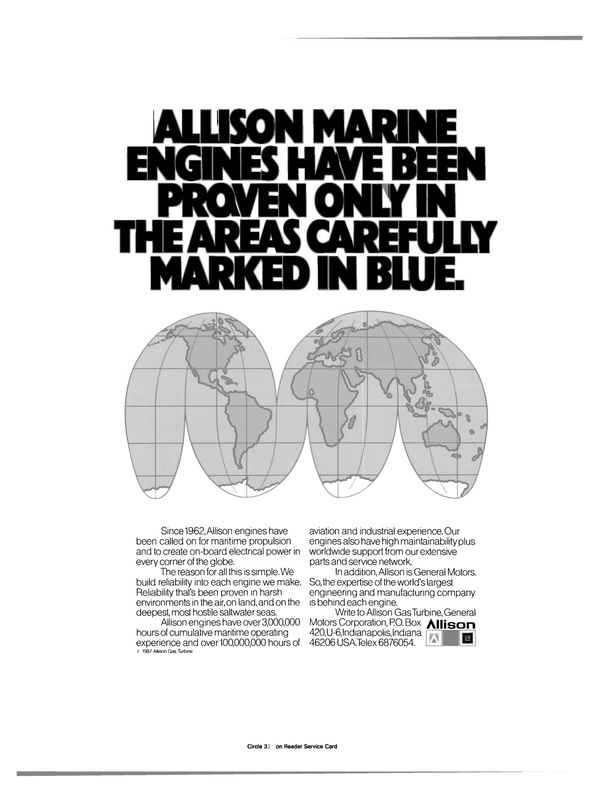