According to reports, the Seawolf Class high-speed attack submarine will be well armed, and fitted with advanced sonar, sensors, computer attack systems and propulsion plant. She is designed to operate deeper, quieter and faster than the Navy's present attack submarine, the 360-foot, 6,900-ton-displacement Los Angeles Class (SSN-688).

Over the next 10 years, the Navy may build as many as 25 Seawolf Class submarines. Both Newport News and Electric Boat are expected to compete for these construction contracts.

The first Seawolf Class submarine is expected to be commissioned in 1995. 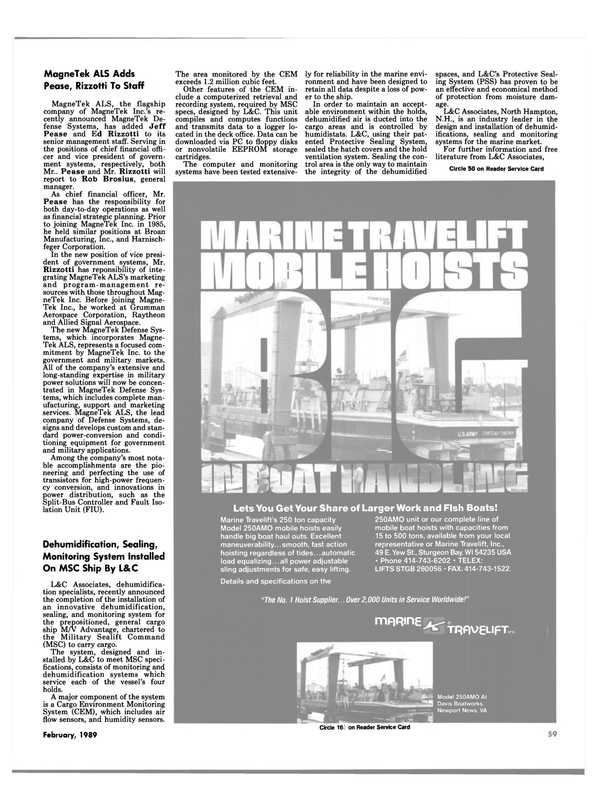