—Literature Offered— Volvo Penta recently introduced the new TAMD162, a* 16-liter marine diesel, which marks an upgrading of the company's marine engine range and its entry into the market segment for workboats with engines of 400-600 hp.

Important design advancements, introduced in the new TAMD162, 16-liter, have also been incorporated into the company's new 12-liter and 10-liter engines. Features include new cylinder head and gaskets, new cylinder liners with flame barriers and improved sealing. The engine has a new injection pump with smoke limiter and new five-hole nozzles for better combustion and cleaner emissions.

In the 12-liter turbocharged and aftercooled category, a new designation TAMD122 replaces the previous generation 121 engine. The TAMD122 has between 4 and 7 percent higher power output than its predecessor. In the heavy-duty version, the engine now rates at 380 hp/ 279 kw, with 450 hp/331 kw for pleasure craft and light duty applications.

In the 10-liter category, the turbocharged 100 series of marine diesels has been replaced with a model designated TMD102, also reflecting an increase in power. Output in medium-duty operation has been increased by 5 percent to 272 hp/200 kw at 2,000 rpm.

The 16-liter TAMD162 is turbocharged, aftercooled and is fuel efficient, quiet and light. Special characteristics of the new engine include high-power output in combination with low fuel consumption, high reliability, long service life and low levels of noise and exhaust emissions.

Volvo Penta's first diesel engine with four valves per cylinder for engine efficiency, the six-cylinder TAMD162 has a variety of other special features designed to increase engine performance. For example, the torsionally rigid block with contoured sides and horizontal reinforcements has been designed for maximum strength without unnecessary weight. The seven-bearing crankshaft is an example of the advantages of the in-line six. Large crankshaft and bearing dimensions promote reliability and easily support power outputs of up to 550 hp at 1,800 rpm.

For good economy and efficient combustion under high pressure, the TAMD 162 has been equipped with a new injection pump with a piston diameter of .51 inches (13 mm) mounted on the cooler side of the engine in order to help minimize the temperature of the fuel. The pump reacts quickly and efficiently senses variations in load and engine speed. Nozzles are mounted vertically with five holes for better fuel distribution. Also, the injection pump is fitted with a smoke limiter which reduces smoke when under load acceleration and at low speeds. 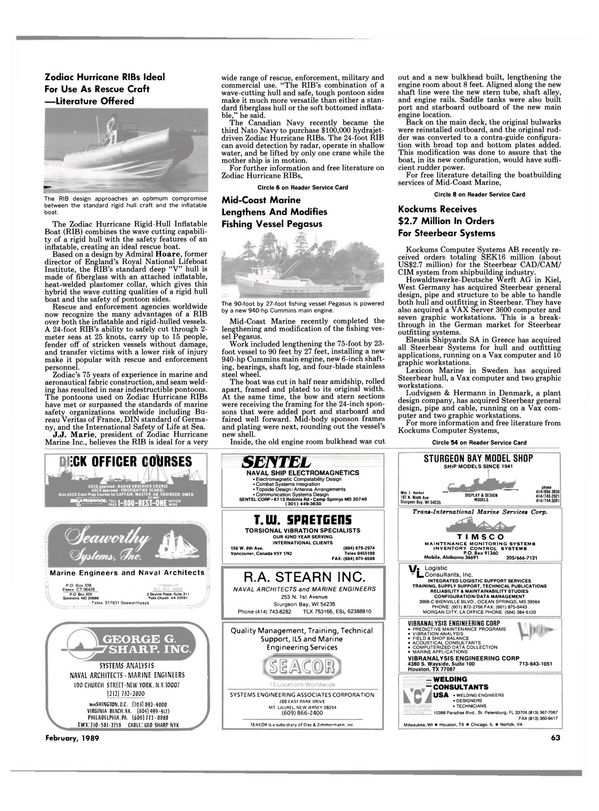