B.C. Pacific Capital Corporation recently signed an agreement to sell its wholly owned subsidiary Versatile Pacific Shipyards Inc. to Shieldings Incorporated, a private, Canadian- owned company headquartered in Toronto and Vancouver which has a number of major investments in manufacturing and other business sectors throughout Canada.

Versatile Pacific, which is one of the largest shipbuilders and ship repairers in western Canada, operates two yards, one in Vancouver and one in Victoria. The shipbuilder has an order backlog of about C$50 million, including a C$16.4-million contract to build a hydrographic survey vessel and a C$35.1-million order for the construction of two Type 500 search and rescue vessels, and is expected to shortly sign a contract with the Canadian Government worth C$347 million to build a Polar Class 8 icebreaker.

Shieldings is purchasing the shipbuilder with the intention of arranging significant industrial diversification to enhance and strengthen the future operations of Versatile Pacific Shipyards.

The closing of the sale and transfer of ownership is expected in early 1989. 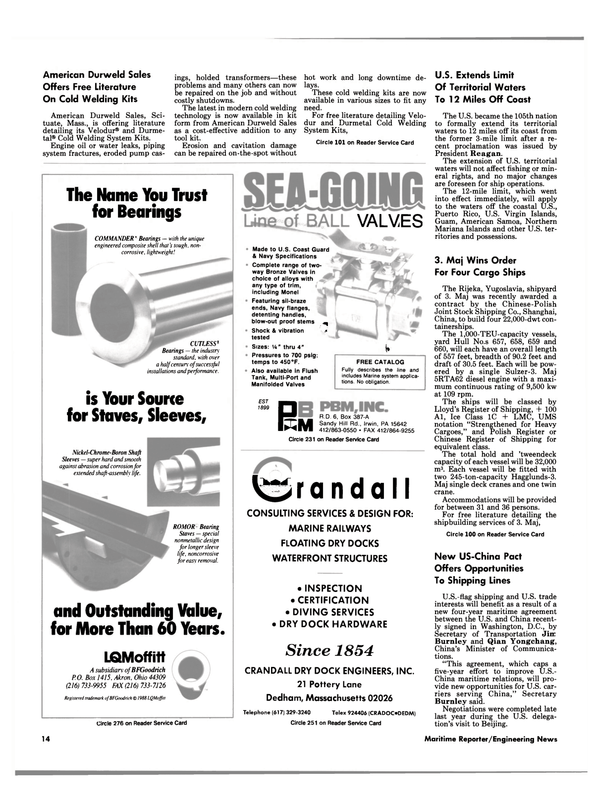