Pease has the responsibility for both day-to-day operations as well as financial strategic planning. Prior to joining MagneTek Inc. in 1985, he held similar positions at Broan Manufacturing, Inc., and Harnischfeger Corporation.

In the new position of vice president of government systems, Mr.

Rizzotti has reponsibility of integrating MagneTek ALS's marketing and program-management resources with those throughout MagneTek Inc. Before joining Magne- Tek Inc., he worked at Grumman Aerospace Corporation, Raytheon and Allied Signal Aerospace.

The new MagneTek Defense Systems, which incorporates Magne- Tek ALS, represents a focused commitment by MagneTek Inc. to the government and military markets.

All of the company's extensive and long-standing expertise in military power solutions will now be concentrated in MagneTek Defense Systems, which includes complete manufacturing, support and marketing services. MagneTek ALS, the lead company of Defense Systems, designs and develops custom and standard power-conversion and conditioning equipment for government and military applications.

Among the company's most notable accomplishments are the pioneering and perfecting the use of transistors for high-power frequency conversion, and innovations in power distribution, such as the Split-Bus Controller and Fault Isolation Unit (FIU). 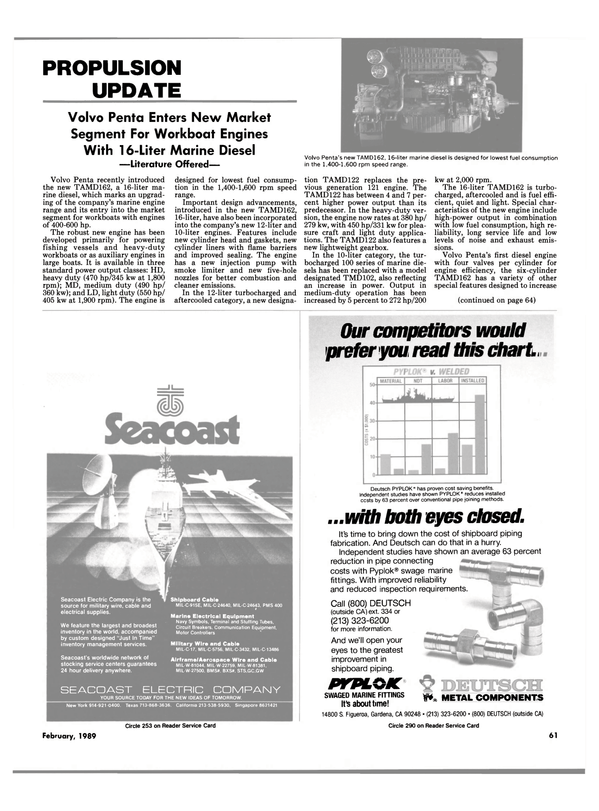