Bird-Johnson Company's Pascagoula, Miss., plant manager Jim Elliott has announced plans to expand their marine propeller manufacturing plant to meet the demands of new orders. The current 43,000-square-foot facility, which houses a modern foundry as well as a complete propeller machining and repair shop, will be enlarged by 15,000 square feet. About 9,000 square feet will accommodate a realignment of the molding stations in the foundry area and double potential monobloc propeller and controllable pitch propeller blade production.

The other 6,000 square feet will be added to the machining area.

Construction will begin immediately and is slated for completion in May 1989.

The expansion was necessitated by record sales in 1987 and 1988.

In addition to the NavSea orders, Bird-Johnson's Pascagoula operation is working on new construction propeller orders for several U.S. and foreign customers and are pouring controllable pitch propeller (CPP) blades for both intracompany and outside customer CPP system production.

With orders booked into the 1990s, they have the largest work backlog in their history and expect to increase their personnel base by 20 before the end of 1989 to meet the demand. This will reflect a near tripling of staff since Bird- Johnson's 1986 acquisition of the facility.

Bird-Johnson Company has been a world leader in the manufacture of CPP systems for over 30 years.

For more information and free literature on Bird-Johnson, Circle 66 on Reader Service Card 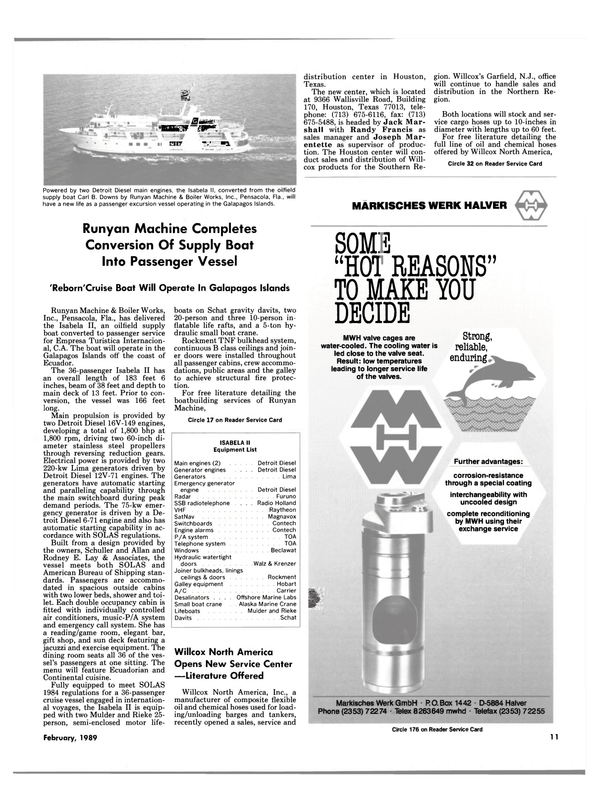