More importantly, the tug is built and designed to respond quickly, efficiently and safely to the pilot's command.

"This remarkable tug farther demonstrates our commitment to providing first class service. The addition of the Coastal Florida to our fleet enhances the ship berthing and firefighting capabilities in the Port of Miami," said A1 Espino, senior vice president of Coastal Tug and Barge, Inc.

The Coastal Florida, built by Main Iron Works In Houma, La., with a beam of 32 feet and depth of 13 feet, will provide fueling service and ship docking assistance for vessels employed in the passenger and freight trades of the South Florida area. The tug, stationed in the Port of Miami, joins the company's fleet of 39 tugs and barges operating in the Gulf of Mexico, the Atlantic Coast and the Caribbean. 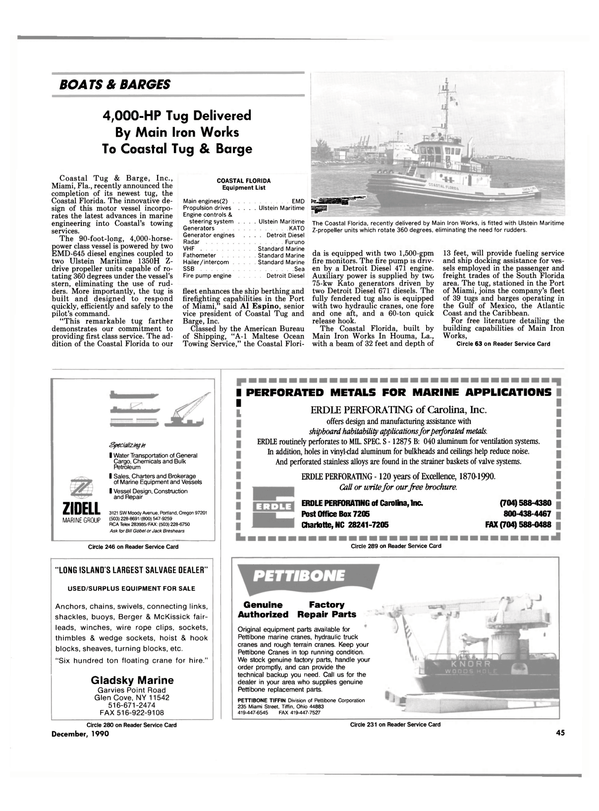