Responding to market demand, Wartsila Diesel has introduced a six-cylinder in-line version of their Wartsila Nohab 25 engine. Besides general marine applications, the engine's weight-power ratio of 7.0 kg/ kw makes it a contender for military and traction purposes. Also envisaged are high-pressure gas installations.

The Wartsila Nohab 6R25, as the new engine is designated, is a logical complement to the 8-, 12- and 16- cylinder V-engines in the 25 Series, which were introduced on the market in 1986-87. While it is a development of the same basic concept, the newcomer embodies many original ideas and is a very modern design offering competitive per- formance and extended power margins.

Standardized built-on equipment has been used throughout. All connections are prefabricated and, in general, provision has been made for simple installation.

Deliveries of the Nohab 6R25 engines began this past autumn, with the first two engines being installed for propulsion in an Italian cruise yacht, where comfort criteria are particularly stringent.

Besides an advanced resilient mounting system to reduce structure- borne noise and vibration, a special combined exhaust washing/ silencer system has been developed to counter both noise and particulate emissions.

For more information and free literature on the in-line version of the Wartsila Nohab 25 engine, Circle 40 on Reader Service Card 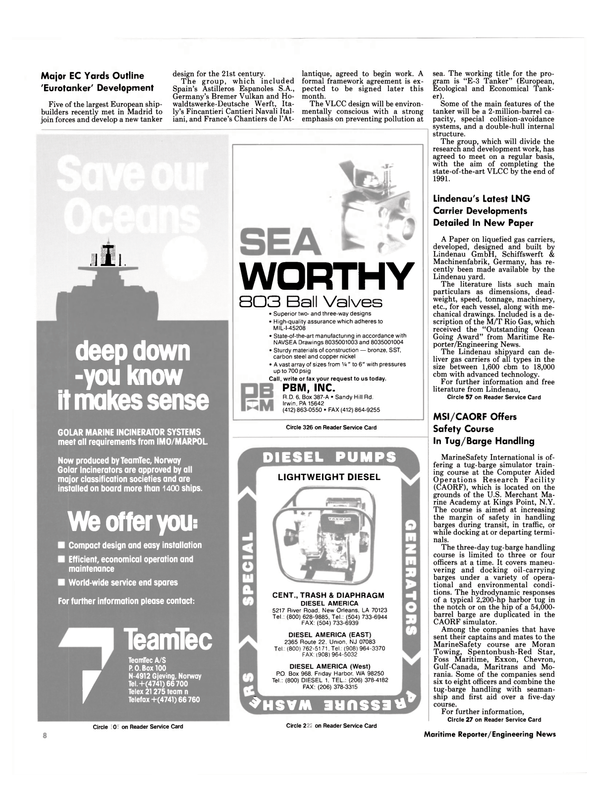