The triple-deck, covered vessel will be placed in Matson's Hawaii Neighbor Islands service, which transports freight between Honolulu and port cities on the islands of Maui, Kauai and the Big Island of Hawaii. The barge will have the capacity for 298 autos and forty-five 40-foot trailers (or sixty-eight 24- foot containers) on chassis and will also have its own loading ramp.

The keel will be laid in December and delivery is scheduled for late 1991.

The announcement was made by John Dane III, president of the Trinity Marine Group, which includes Gretna Machine and Iron Works. He said the contract is another indicator of the resurging American shipbuilding industry and thanked Sen. John Breaux (DLa.), chairman of the Senate Sucommittee on Merchant Marine (Committee on Commerce, Science and Transportation) for his continuing efforts to promote U.S. shipbuilding and maritime industries. 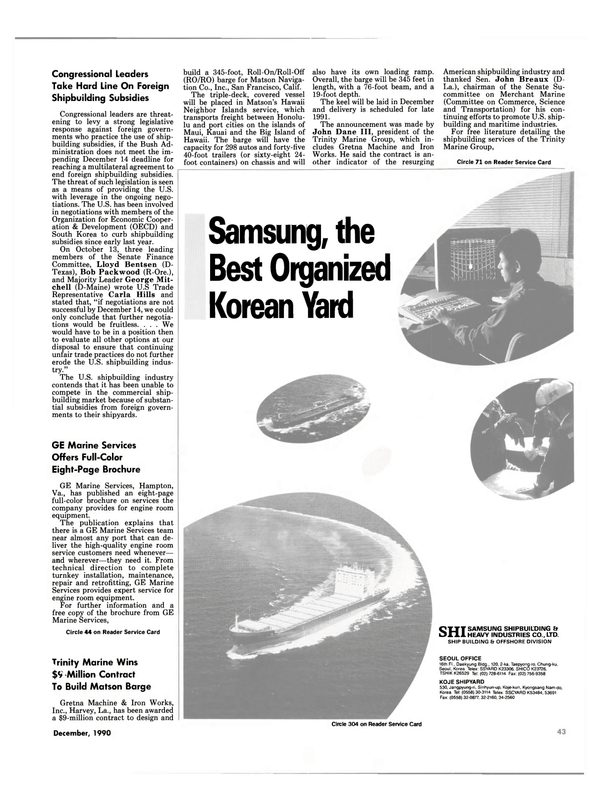