NEI Syncrolift of Miami, Fla., one of the world leaders in shiplifting technology, recently announced orders for five more Syncrolifts for locations around the world in Europe, Japan and the Pacific. These new orders, worth a total of more than $3 million, bring the total of Syncrolifts installed or ordered to 187 units in 61 countries.

One order is from the Italian Ministry of Transport for three Syncrolifts at the Tavernola Shipyard to service vessels operating on Lago di Como in Italy. A further order comes from Harbert International for a 12-hoist Syncrolift to be operated at Kwajalein in the Marshall Islands for the U.S. Corps of Engineers, Honolulu. The fifth Syncrolift demonstrates the flexibility of the Syncrolift system as it uses the components of a caisson lift originally installed at Kashiwazaki in Japan. Some of the Syncrolift hoists and platform beams are being put to good use by the Japanese construction company Penta-Ocean at the yard of Ishii Shipbuilding to handle vessels up to about 230 feet in length. 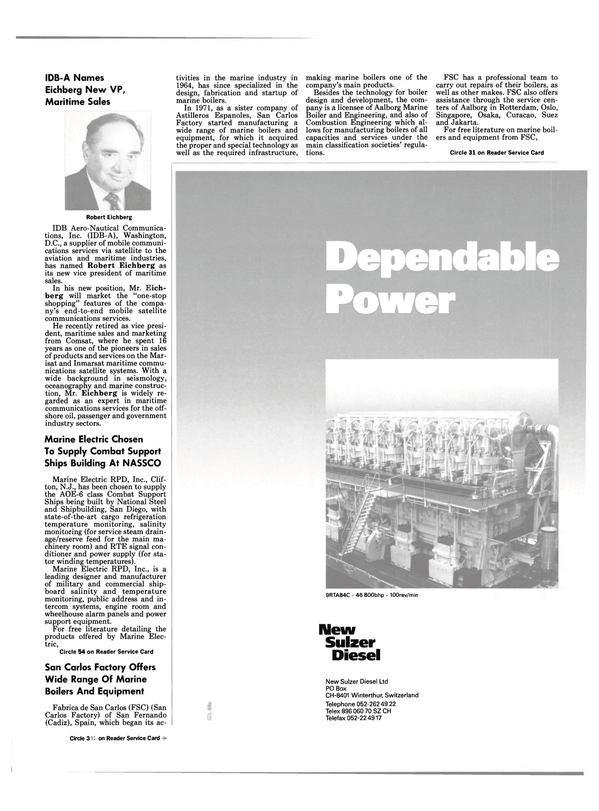