According to Deere, two marine models, rated at 80 to 250 hp (propulsion), are slated for introduction in early 1991. Three more models will be available later in 1991, with the final engine coming about a year later. The engines will be used in propulsion, gen set, and auxiliary power applications for fishing craft and workboats.

Fred Thorne, Deere's director of engine marketing, explained that the company's decision to enter this market is based on several factors including Deere's experience in designing and manufacturing reliable, durable, heavy-duty diesel engines.

Deere brings 40 years of diesel design and manufacturing to the marine market. Since introducing its first diesel in 1949, Deere has produced nearly three million diesels for its own products and a growing number of OEMs. 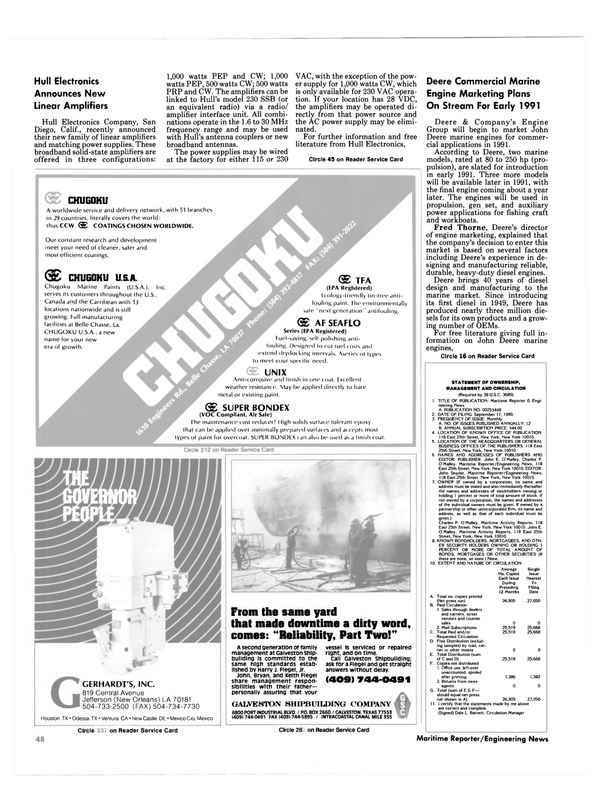