The ship's namesake is in honor of Navy Cook Third Class William Pinckney, (1915-1975), recipient of the Navy Cross for his courageous rescue of a fellow crewmember onboard the USS Enterprise (CV 6) during the WWII Battle of Santa Cruz. When an explosion killed four of the six men at his battle station in an ammunition handling room, Pinckney and the other surviving sailor attempted to exit through a hatch to the hangar deck above. In honor of his heroism, Pinckney was awarded the Navy Cross.

Pinckney is the 41st ship of a planned production run of 63 vessels. These multi-mission ships conduct sustained combat operations at sea, providing primary protection for the Navy's aircraft carriers and battle groups, as well as essential escort to Navy and Marine Corps amphibious forces and auxiliary ships, and independent operations as necessary. DDG 91 will be capable of fighting air, surface, and subsurface battles simultaneously. The ship contains myriad offensive and defensive weapons designed to support maritime defense needs well into the 21 st century. 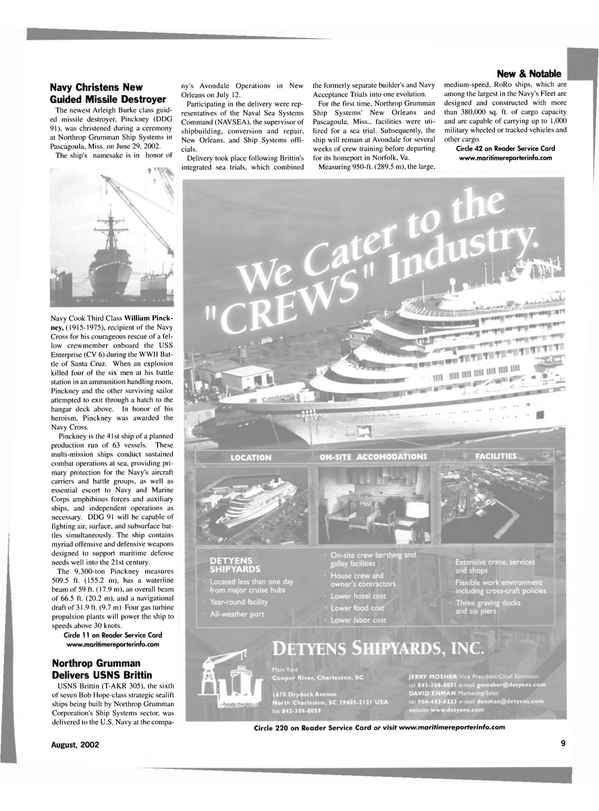