On August 12, 2000, a massive explosion ripped through and sank the Russian nuclear submarine Kursk, leaving all 118 aboard dead 328 ft. (100 m) below the surface of the Barents Sea. Mammoet Smit was given the technically challenging and politically delicate task of successfully raising and returning the vessel to its owners.

— by Greg Trauthwein When news broke regarding the explosion onboard and sinking of the Russian nuclear submarine Kursk in August 2000, the world watched with wonder as a massive rescue effort was launched to save sailors believed to have survived the disaster. With the effort to save lives failed, the ensuing weeks and months saw a political storm, as accusations of circumstances surrounding the sinking led to charges (as it turns out, unfounded) that an errant mine or ship of Western origin had run into the 9,000 ton Oscar type 2 nuclear sub. Once political fervor and emotions subsided, the question stood: What exactly should be done with the ship, which housed the bodies of 118 sailors, two nuclear reactors, and a slew of Russian military secrets.

Once the decision was made to recover the vessel, the real challenge was at hand.

Mammoet was selected to take charge of the project, which was immediately assigned to Mammoet Smit, the company's joint venture operation with Smit International.

The ensuing plan and project execution is nothing short of an engineering and operational marvel, as the company created the plan, manufactured new systems, and carried out the flawless recovery of Kursk ... all within five months.

Starting from Scratch Under the agreement, Smit was responsible for all marine activities, including the conversion of its 24,000 dwt semi-submersible Giant 4 barge for the role of lifting platform. Mammoet was responsible for the provision of the lift system and the performance of the main lifting operation, while DSND Subsea of Norway and a Russian naval diving team supplied diving services, based aboard the support vessel Mayo. While the entire project had to move in concert to ensure a successful completion before the winter whipped the Barents Sea into a state that would prohibit recovery, the first agenda item to consider was the removal of the heavily damaged bow section. It was determined that leaving the bow section on during a full vessel recovery would be unwise, as it could easily break away and jeopardize the mission, as well as lives. An innovative new cutting system — consisting of a special cutting wire equipped with cutting brushed coated with abrasive metal, connected to a hydraulic system and two enormous suction anchors— was devised by Smit.(See illustration middle of page 33.) The procedure to remove the bow took 10 days.

Concurrently, work was at a feverish pace to ready Giant 4 for the lifting and tranportation end of the operation. Designed to carry massive loads on its deck. Giant 4 had to be completely modified to retrieve and carry a heavy load underneath. Lifting the mammoth ship from more than 100 meters successfully meant that a constant tension had to be applied on all points, all the time. Twenty-six strand jacks were mounted to Giant 4, each with a 900 ton lifting capacity. The strand jacks lift hydraulically, with a special gripping motion, much like climbing a rope hand over hand. Complicating matters further were the need for a 54-cable bundle for each gripping, or a total of 1,404 cables. Each jack required a large reel, each precisely handling miles of cable each lest the deck of the 426-ft. (130-m) Giant 4 become a virtual spaghetti bowl of cables. To ensure constant tension during the critical lift, each strand jack was fitted on top of a heave compensator, which acted like shock absorbers on the rough seas. Keeping the Kursk tight under Giant 4 for the 70 mile jouney back to Murmansk was a top priority. Giant saddles were mounted under the barge, designed to precisely fit the outer hull of Kursk, and under the bow of Giant 4 a huge hole was cut to accommodate the sail. The complete conversion, carried out in Amsterdam, took only two months.

Diving Deep Simultaneously, dive teams from Norway and Russia were preparing in Aberdeen, Scotland. Because of the depth of the dive, divers were required to stay for 28 days under the same pressure, meaning they had to live, sleep and eat in a special chamber aboard the support vessel Mayo when not on one of their six-hour shifts. Divers were another critical factor in the successful lifting of the Kursk, from accurately positioning the suction anchors and cutting wire during the bow removal, to the cutting of 26 holes in the outer and inner hull of Kursk to accomodate the lifting mechanisms.

No small detail was the constant fear of nuclear radiation from the ships' reactors. Divers worked around the clock to ensure that each hole on the Kursk was prepared correctly, each with a special gripper sleave that had to be precisely positioned to allow the special hydraulic gripper plug to properly fit. Once the holes were set, it took six days to position and secure each of the 26 grippers to Kursk.

Once set, lifting operations began, a process which took more than 10 hours from sea bottom to barge bottom. The journey back to Murmansk took another two days, where Kursk would finally be returned home to an awaiting drydock. The last challenge was getting barge and Kursk into the drydock, as the combined draft was much deeper than that of the drydock. The solution was the manufacture of two massive pontoons, which were filled with water, slipped under the barge, and then ballasted to raise the Giant 4/Kursk combo more than 20 ft. (6 m). 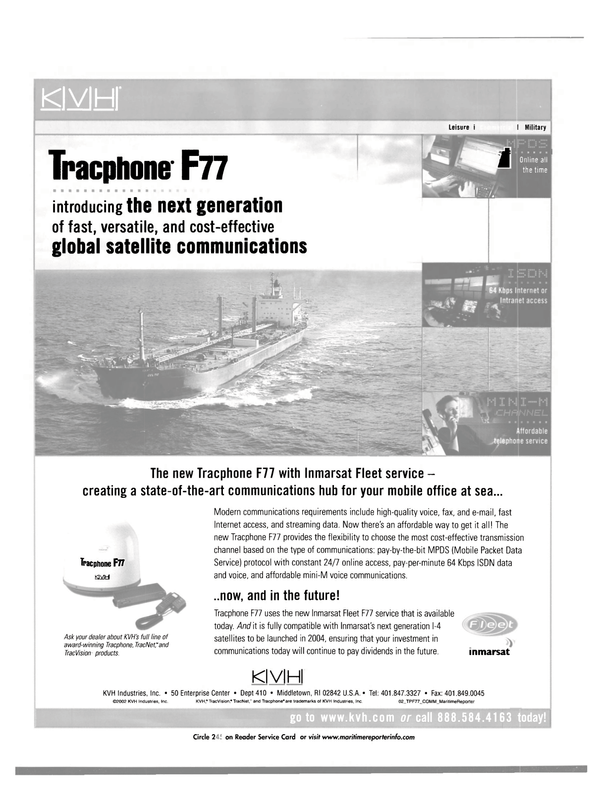