As a further vindication of major Greek investment in marine propulsion research, the state-of-the-art. engine test laboratory inaugurated less than two years ago at the National Technical University of Athens (NTUA) will contribute to a new European project to reduce diesel engine smoke emissions.

Co-ordinated by the Greek C1MAC Association, the EU-sponsored collaborative research program, dubbed Smokermen, was implemented at the outset of July this year, with an intended 36- month duration.

The NTUA's Laboratory of Marine Engineering will lend its experimental testing resources and mathematical modeling expertise to the endeavor, which aims to cut smoke emissions to below the visible limit in transient and low-load conditions.

The EU is providing around 50-percent funding support for the ambitious project, which also involves partners from Germany, the Netherlands and Switzerland, in the shape of classification society Germanischer Lloyd, engine control systems specialist Woodward Governor Nederland and turbocharger maker ABB Turbo Systems. Smokermen is focused on medium-speed and highspeed diesel plant, and aims to curb smoke formation during the critical load phases by improving the air-charging of main and auxiliary engines.

The impulse for the program has come from shipping company members of the Greek chapter of CIMAC, who have raised concerns over engine smoke emissions, aware of the growing environmental sensitivities associated with smoke from ships' stacks. Greek CIMAC members also intend to make vessels available for onboard measurements, a vital part of the research undertaking.

The project will evaluate two technologically- advanced solutions to the problem of fuel-air mismatch, which manifests itself during transient loading and leads to increased smoke output.

Two prototype systems and the respective engine control arrangements will be developed and installed on a marine diesel engine on a testbed. to evaluate performance.

The techniques, which will be used for the prototypes, will be high-pressure air injection to accelerate the turbocharger and feed the engine at the onset of a transient load condition, and advanced pulse turbocharging with variable geometry manifold. 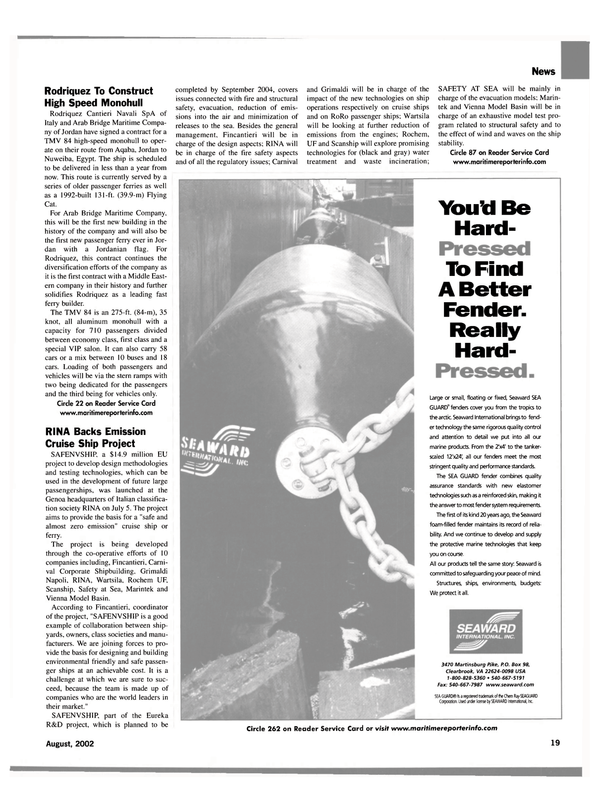