The mandatory regulations are among a raft of amendments to the International Convention for the Safety of Life at Sea, 1974 (SOLAS) entering into force on July 1, 2002. In addition, under its second phase of implementation, the International Management Code for the Safe Operation of Ships and for Pollution Prevention (ISM Code) became mandatory for most ships trading internationally on July 1, 2002 The revised SOLAS chapter V (Safety of Navigation), which was adopted in December 2000, includes a number of important new requirements for ships, including those relating to carriage of VDRs and AIS and acceptance of electronic charts as meeting the chart carriage requirements. 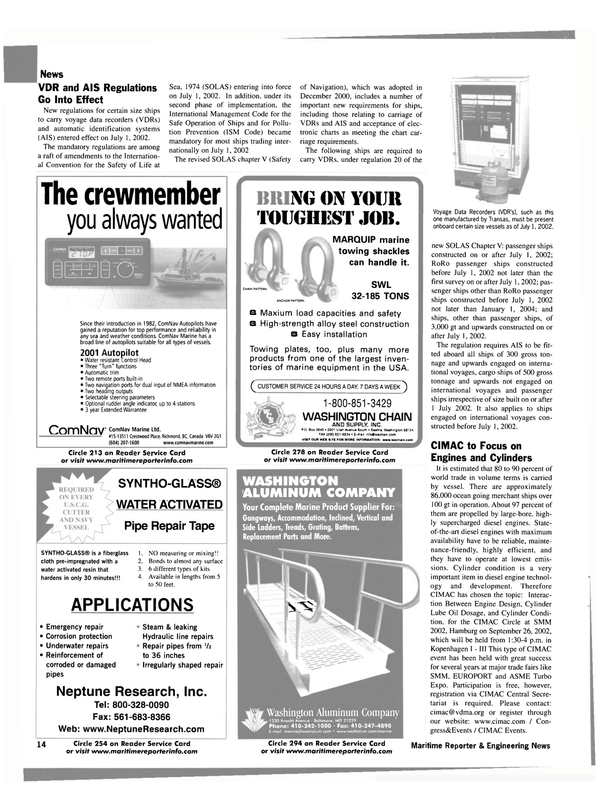