Nakilat-Keppel Offshore & Marine (N-KOM), which recently celebrated its fourth year in operation, has seen an increasing number of tankers dry docking at its facility in Qatar.

With the introduction of de-mucking and de-slopping facilities, tie-up with local customs for ‘ship spares in transit’ and an expanded range of on-site service providers, the shipyard has attracted several major clients over the past year, such as Maran Tankers, Odfjell, V Ships, Euronav and Dynacom Tankers.

N-KOM has already undertaken the installation of a Ballast Water Treatment System (BWTS) for STASCO’s LNG carrier Al Utouriya, and will be undertaking its first ME-GI (Main Engine Gas Injection) conversion project for a Q-Max LNG carrier in the first half of 2015.

The yard signed an agreement with Greek engineering firm HeLeNGI to work on the retrofit of Greek ferries as part of the Poseidon-Med Project. 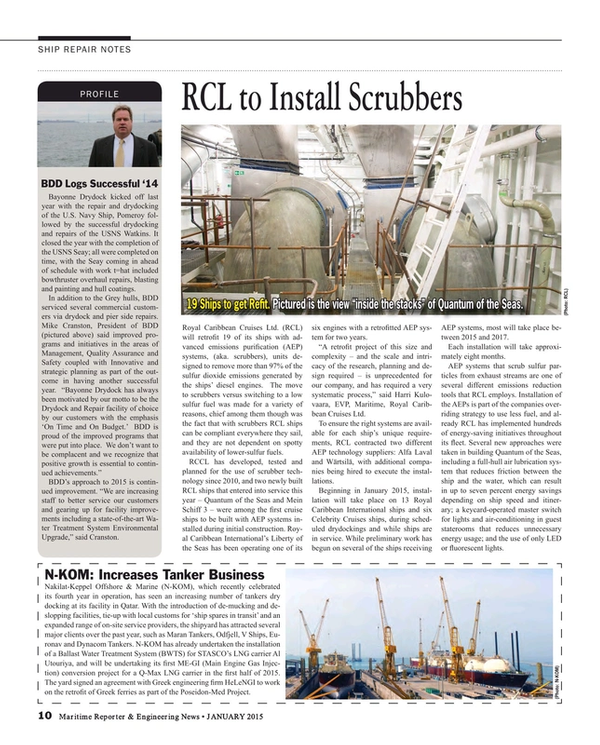