By Peter French & By T. Blakely

When the Institution of Naval Architects was formed in 1860 it became one of the bastions of Victorian engineering, enabling and encouraging the exchange of knowledge, information and good practice in the field of naval architecture. The basic principles laid down in the early days saw the Institution thrive as a body representing all the maritime nations of the world and this was recognized in its incorporation by Royal Charter in 1910 as the Royal Institution of Naval Architects (RINA). RINA’s positive impact on the global maritime industry through the 20th century should not be underestimated. However with the explosion of the internet and many highly effective professional networks therein one might argue that a Royal Institution is nothing but a quaint anachronism. Indeed professional associations of all types across the world have to fight hard just to stay afloat and many are sinking without trace.  Yet RINA not only remains determinedly afloat it is showing remarkable growth on all four points of the compass.  Trevor Blakeley, Chief Executive of RINA and Peter French, former President of RINA and Chief Executive of BMT Group, discuss what has contributed to this remarkable success story and what decisions and challenges have ensured its continued buoyancy.

Peter French was appointed Chief Executive in 2005. A maritime civil engineer by profession, he joined BMT in 1990, before which he was a partner in Peter Fraenkel and Partners.  Peter is also Chairman of the Society of Maritime Industries and of the International Transport Intermediaries Club, Vice President of the Association of the Independent Research & Technology Organisations and of European Co-operation in Maritime Research, a member of the Business Advisory Board of Living With Engineering Change and of the Advisory Board of the University of Southampton’s School of Engineering Sciences. He is a Fellow of the Royal Academy of Engineering and a Fellow and President of the Royal Institution of Naval Architects until July 2014.

Trevor Blakeley was appointed Chief Executive of The Royal Institution of Naval Architects in April 1997 after a career as an officer in the Royal Navy.  A Naval Engineering specialist, he enjoyed a wide range of seagoing and shore appointments after reading for his degree at the Royal Naval Engineering College, Manadon.  He served at sea in minesweepers, frigates, destroyers and aircraft carriers. Shore appointments included specialist technical teams, ship construction, training and general staff appointments in technical and personnel support. 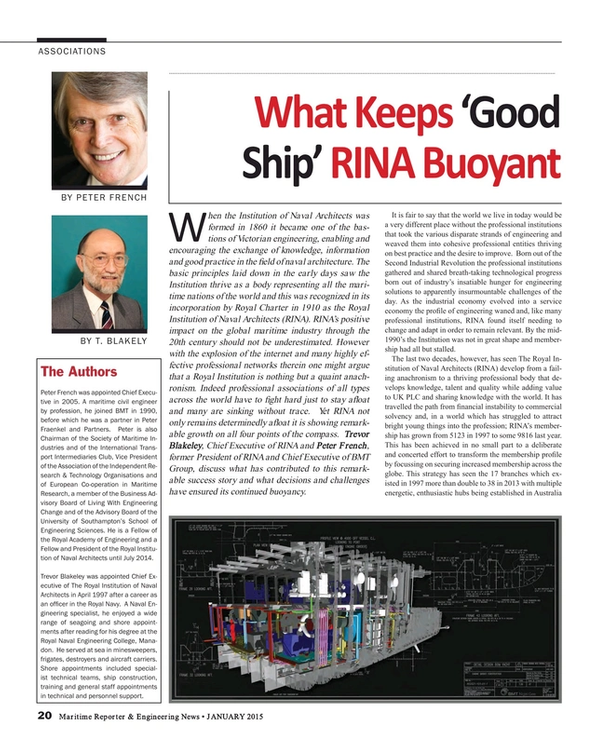